To share your memory on the wall of Merlyn Sulzle, sign in using one of the following options:

Merlyn worked as an auto mechanic for many years but continued advanced schooling and eventually earned his teaching certificate. In 1973 he began his teaching career at Multi District Career Center in Watertown, SD. Merlyn and his students received many state and national awards and honors throughout his years of teaching. His retirement years were spent traveling around the United States and working on building projects for the organization Builders for Christ.

Merlyn passed away on Wednesday, September 30, 2020 at Prairie Lakes Hospital in Watertown at the age of 81.

He is preceded in death by his parents and siblings.

Funeral services will be at 1:00 p.m., Saturday, October 3, 2020 at St. Martin’s Lutheran Church in Watertown. Visitation will be on Saturday for one hour prior to the services at the church.

Receive notifications about information and event scheduling for Merlyn

We encourage you to share your most beloved memories of Merlyn here, so that the family and other loved ones can always see it. You can upload cherished photographs, or share your favorite stories, and can even comment on those shared by others.

Posted Oct 02, 2020 at 10:41pm
With gratitude to the Lord, who claimed Merlyn as his own through Holy Baptism and kept him in the faith through Word and Sacrament even until death, that he now shares in the joys of heaven. I am grateful to know that he was able to use his gifts in many ways but especially in service to Builders For Christ - a ministry of Kingdom Workers. May the Good Shepherd comfort Della and all who mourn his death with a focus on the promises that he will continue to shepherd his children along the path to heaven.
Pastor Gerald Geiger
Comment Share
Share via:
EA

Posted Oct 02, 2020 at 10:32pm
Merlyn and I go "way back" to Zion Lutheran School in Akaska. Our parents worked to provide a Christian school for us. We practiced our recitations and songs to praise the Lord in the Christmas Eve programs. As grade school kids, we played "Andy Over" over the tall church building. No adults ever told us to stop, and amazingly, we never broke any of the beautiful frosted glass church windows. I'll always remember Merlyn's gentle personality and pleasant giggle. Now he is "Safe in the Arms of Jesus." To Merlyn's family: Remember that we are Resurrection people! Till we meet again, may you enjoy the glories of heaven! Blessings and God's comfort, Elaine Heier Almos
Comment Share
Share via:
HS

Flowers were purchased for the family of Merlyn Sulzle. Send Flowers 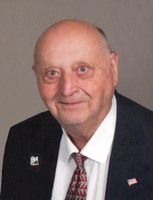 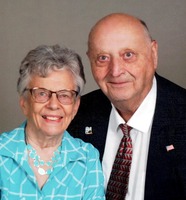