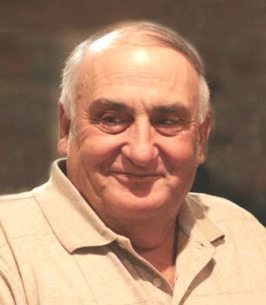 Michael "Mike" Nicholas Raml, age 74, of Kranzburg, SD, passed away on Thursday, May 5, 2022 at Prairie Lakes Healthcare in Watertown.

Funeral mass will be at 10:30 a.m., Wednesday, May 11, 2022 at the Holy Rosary Catholic Church with Father Christopher Hughes as celebrant. Eileen Lindner will be the organist.

Early on Mike worked at the Kranzburg Elevator and Redlin Lumber Yard building pole barns and houses, building his two homes himself.

In July of 1977, he married Cheryl Ronglien. They made their home in Kranzburg, where they farmed and raised five children. Later on in life, Mike started trucking.

Mike enjoyed road construction and hauling asphalt. His sons, Jason and Chad joined him in trucking. Some of his greatest accomplishments were farming and trucking along with his boys. Mike farmed with his sons up to the end, getting ready for planting season 2022.

Family was very important to Mike and loved his children and grandchildren very much. He was known as Papa Mike. He also loved family gatherings, doing all the cooking and baking. Kids were Mike's whole world.
At Christmas time he donated Christmas presents to Toys for Tots, and was well known for making sure every child had a candy bar and pop in his presence.

He enjoyed watching Fox news, and reading newspapers, keeping up with current events. Mike was a huge Trump fan.

He was preceded in death by parents, Robert and Rosella Raml.