To share your memory on the wall of Michele Eide, sign in using one of the following options:

Provide comfort for the family of Michele Eide with a meaningful gesture of sympathy.

Funeral services will be at 1:00 p.m., Saturday, November 30, 2019 at the Wight & Comes Funeral Chapel in Watertown with Pastor Scott Dempster officiating. Judy Everson will be the soloist accompanied by A.J. Sherrill.

Burial will be at Mount Hope Cemetery in Watertown under the direction of Wight & Comes Funeral Chapel.

Michele Theresa Eide was born to Alva Joseph and Mary Ellen (Thompson) Jacques on March 21, 1958 in Perth Amboy, New Jersey. She grew up in Perth Amboy and graduated from Cedar Ridge High School in 1976.

Michele moved to the Washington, DC area after graduation where she began working and began her government service. She obtained her business management degree from the University of Maryland in 1993 while working full time. She worked at several locations in the Washington, DC area, working for the United States Government as a Department of Defense (Comptroller). She was employed for 28 years of Federal Civilian Service.

She met her future husband, Gary Eide, where they both worked at Command Systems Integration Agency. On May 19, 2000 Michele married Gary Eide in Watertown, SD. Michele welcomed Gary's daughter, Melissa, to their family as her own daughter.

Michele and Gary moved to Watertown in May of 2010 after she retired from her last job with Defense Prisoner of War/Missing In Action Agency.

Michele is lovingly missed by her husband, Gary Eide; daughter, Melissa (Neil) Jacobson of Brooklyn Center, MN and one granddaughter, Caitlyn Jacobson. She is also survived by her brother, Wayne Jaques of Herndon, VA and his children, Cheryl, Wayne and Michael.

She was preceded in death by her parents.
Read Less

We encourage you to share your most beloved memories of Michele here, so that the family and other loved ones can always see it. You can upload cherished photographs, or share your favorite stories, and can even comment on those shared by others. 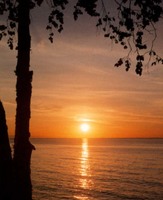