To share your memory on the wall of Milton Carlson, sign in using one of the following options:

Print
Milton "Mick" Carlson, 67, of South Shore, SD, passed away on Tuesday, May 5, 2020 at Sanford Hospital in Sioux Falls.

Private family services will be at 10:00 a.m., Saturday, May 9, 2020 at Wight & Comes Funeral Chapel with Father Kenneth Koster officiating.

Burial will be at St. Mary's Cemetery in Watertown.

Milton Eugene Carlson was born on October 22, 1952 to Harold and Marian (Olson) Carlson in Sisseton, SD. He grew up in the Sisseton/Watertown area and attended school in Sisseton and Watertown, graduating in Watertown. Mick married Linda Goldbeck and to this union one daughter, Stacey was born.

On April 6, 1991 he married Alice Mohr at the Immaculate Conception Church in Watertown. They lived in Watertown before moving to their home in South Shore. Mick was employed as a steel fabricator at ACCO/Faultless Nutting until retiring in 2018.

Mick loved spending time with his grandkids and watching western shows. His grandson, Carter was very fond of Mick and was his right-hand man. He enjoyed helping anyone that needed help, custom baling, playing cards and riding his motorcycle and 4-wheeler. Mick was especially proud of his 33 years of sobriety and 18 years of foster parenting.

He was preceded in death by his parents, Harold and Marian Carlson; his in-laws, Walter and Doris Mohr; his sisters, Linda Krol, Lynnette Fiebelkorn, Jane Carlson, and infant sister, Janet Carlson; his niece, Anna Fiebelkorn; and his nephews, Lance Mohr and Bill Krause.
Read Less

Receive notifications about information and event scheduling for Milton

We encourage you to share your most beloved memories of Milton here, so that the family and other loved ones can always see it. You can upload cherished photographs, or share your favorite stories, and can even comment on those shared by others.

Ross & Brenda Schumacher and Jack and Vicki Hansen sent flowers to the family of Milton "Mick" Carlson.
Show you care by sending flowers

Posted May 08, 2020 at 11:26am
Alice and family, So sorry to hear about Mick. My thoughts and prayers are with you all! Unable to make visitation but please know I'm thinking about you!
Love, Snookie
Comment Share
Share via:
HS

Posted May 07, 2020 at 09:52am
We pray that Gods love is being felt by all of you in this difficult season. With deepest sympathy, The Brandsrud Family

Flowers were purchased for the family of Milton Carlson. Send Flowers

Posted May 06, 2020 at 06:29pm
So sorry we couldn't be with you during this difficult time. Sending our love and prayers. 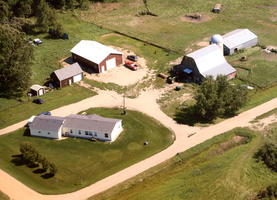