To share your memory on the wall of Neil Miller, sign in using one of the following options:

Memorial services will be at 11:00 a.m., Saturday, February 22, 2020 at the First United Methodist Church in Watertown with Pastor Sara Nelson officiating.

Burial will be at Mount Hope Cemetery, Watertown, SD. Military honors will be conducted by the South Dakota Army National Guard Funeral Honors Team in Watertown.

Neil Rux Miller was born on January 27, 1929 in Redfield, South Dakota to Henry D.E. and Adeline (Rux) Miller. The family moved to Watertown when Neil was six years of age. His father opened the McCormick Deering Implement Store, a company owned by International Harvester.

Neil attended school in Watertown, graduating in 1947. He began farming with his brother, Bernard until he received a draft notice in 1950. Neil enlisted in the United States Air Force in 1951 and was honorably discharged in 1955.

He married Mavis M. Gronewold on June 23, 1956. Three children were born to this marriage, Jeffrey, Judith and David.

He was a life long member of the First United Methodist Church, serving on boards and committees in two states.

Neil is survived by his wife, Mavis of Watertown; his three children, Jeffrey (JoAnn), Judith (John) Montgomery and David (Anita); six grandchildren; his sisters, Katherine Reichling of Watertown and Florence (Marvin) Galinat of Rapid City; his brother, Curt (Sherry) Miller of Watertown; and his nieces and nephews.

He was preceded in death by his parents; one sister, Dorothy Stoltenberg; and two brothers, Bernie and Ralph Miller.
Read Less

Receive notifications about information and event scheduling for Neil

We encourage you to share your most beloved memories of Neil here, so that the family and other loved ones can always see it. You can upload cherished photographs, or share your favorite stories, and can even comment on those shared by others.

Posted Feb 22, 2020 at 10:18am
Neil, a wonderful uncle who was so attentive to our silly kid stories. He drew cowboy sketches to entertain us. When we stayed at his house in Rapid, he drove us early to see the Badlands as sun came up. I’ll remember this and much more of my energetic and always smiling uncle. Sending love & prayers to Mavis, Jeff, Judy, David & families.
Comment Share
Share via: 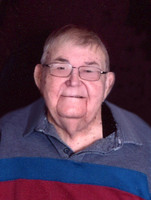 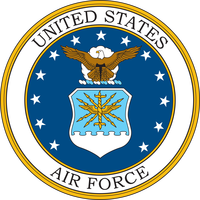