To share your memory on the wall of Patricia Barnes, sign in using one of the following options:

Memorial services will be held at a later date this summer.

Memorial services will be held at a later date this summer.

Patricia Alice Barnes, daughter of Clarence and Alice (Worden) Barnes was born on September 1, 1952 in Walla Walla, WA. She grew up in Milton/Freewater, OR where she attended school and graduated from McLaughlin Union High School with the Class of 1970. Trycia then studied in Business Office Administration at Western Business College where she obtained her Associates degree in 1971.

On September 27, 1972 she married William Pershing in Clark, WA. The couple later divorced in 1985. Trycia lived in Dana Point, CA, Great Falls, MT and Watertown, SD before moving to Pierre, SD. Trycia was employed in clerical work for the State of SD Division of Securities.

She was preceded in death by her daughter, Trycia Lyn Pershing; her brothers, William Barnes, Daniel Barnes and Clarence Barnes, Jr.; her parents, Clarence and Alice; and her grandson, Trevor Pershing.

Receive notifications about information and event scheduling for Patricia

Print
Memorial services will be held at a later date this summer.

We encourage you to share your most beloved memories of Patricia here, so that the family and other loved ones can always see it. You can upload cherished photographs, or share your favorite stories, and can even comment on those shared by others.

Posted Jul 05, 2020 at 07:58pm
I always loved getting together with Trish and Larry in August when they visited Minnesota for the races at BIR. She was a wonderful companion for Larry and they gave each other the best 10 years of their lives while together, Dan Hinrichs
Comment Share
Share via:
AF

Posted Jun 24, 2020 at 12:30am
I remember when we were making a weekend trip to Pierre one of the summers before she moved out there. It also happened to be the weekend of Sturgis, so there was TONS of bikers out. She was getting frustrated following this group of 20-30 bikers, so she put her little car into Sport mode, looked at me, said “don’t worry, we have a Turbo” and by the time we got past them, we were hitting curves at 90. That woman loved her turbo car.
Comment Share
Share via:

Posted Jun 23, 2020 at 09:31pm
I remember the time me n Danny were in the back yard throwing crab apples over the fence and almost hit a police officer we ran inside and the next thing we know someone was knocking on the door and mom answered it and it was that officer and asked questions and she said all of her boys had been inside all day and he finally left and as soon as she shut the door she looked straight at me and Danny and said "if you guys ever do that again....so help me!!!" It was like she knew all along who done it. Love and miss her dearly but will never forget her
Comment Share
Share via: 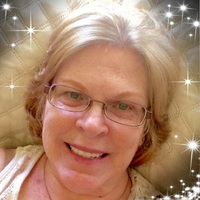 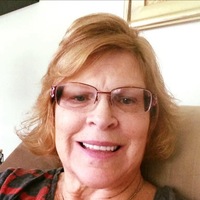 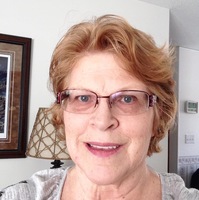