To share your memory on the wall of Patricia Nordquist, sign in using one of the following options:

Print
Patricia Nordquist, age 82, of Sioux Falls and formerly of Watertown, SD passed away peacefully with her family by her side, under the loving care of the staff at Ava’s House in Sioux Falls on Sunday, September 20, 2020.

Funeral mass w... Read More
Patricia Nordquist, age 82, of Sioux Falls and formerly of Watertown, SD passed away peacefully with her family by her side, under the loving care of the staff at Ava’s House in Sioux Falls on Sunday, September 20, 2020.

Funeral mass will be 1:00 pm, Saturday, September 26, 2020 at Immaculate Conception Catholic Church in Watertown, with visitation at the Knights of Columbus Hall (with Mom’s favorite things, coffee and dessert) from 11-1:00 pm, prior to the service.

Interment will be at St. Mary’s Cemetery.

In lieu of flowers we ask that you consider making a donation in Pat and Duane’s name to Special Olympics SD 800 E.I-90, Sioux Falls, SD 57104, or a charity of your choice.


Patricia Marie Nordquist passed away 09/20/20 Pat was born 3/8/1938 in Union Co. south of Beresford, SD. She was the daughter of Michael and Catherine Pesicka. Pat was baptized and confirmed in Emmet, SD. She grew up on the farm where she was born. Pat graduated from Mount Marty HS in Yankton, SD in 1956.
On June 27, 1956, Pat married Duane Nordquist of Beresford, SD. The couple lived in Beresford, Milbank, Mitchell, Pierre and Aberdeen before settling in Watertown in 1966. Patricia moved to Sioux Falls in 2015 and resided at Touchmark at All Saints.

Pat enjoyed being with friends, playing bridge, bowling and dancing, but what brought her the most joy was spending time with her family.

Pat was preceded in death by her husband Duane, her parents, 4 siblings, and one grandchild.

Receive notifications about information and event scheduling for Patricia

We encourage you to share your most beloved memories of Patricia here, so that the family and other loved ones can always see it. You can upload cherished photographs, or share your favorite stories, and can even comment on those shared by others.

The Brian Pesicka Family, Mike and Julie Strandell, and other have sent flowers to the family of Patricia Nordquist.
Show you care by sending flowers

Posted Sep 30, 2020 at 04:13pm
So sorry for your loss. I remember when Mom and Dad bowled with Pat and Duane. Mom thought the world of Pat. She will be missed. You have my sympathy!
Comment Share
Share via:
TF

Posted Sep 25, 2020 at 02:57pm
Our thoughts and prayers are with you during this time. Love, Mike and Julie Strandell and family

Mike and Julie Strandell purchased flowers and planted a memorial tree for the family of Patricia Nordquist. Send Flowers

Posted Sep 25, 2020 at 11:55am
You have my sympathy in the loss of your Mom. We have good memories of the get togethers after basketball games. Pat was a great cook. Due to the covid, I will not be attending, but my prayers are for you. You are a great family.
Comment Share
Share via:
MB

I have known Pat for almost 30 years, Dwayne and I bought their house when we moved to Watertown. We had also lived in Beresford so we knew several of their friends even though they didn’t live there the same time that we did. So we had some common ground with them and we enjoyed getting together. I always enjoyed birthday dinners and coffee with Pat. We even had visits in Hawarden after I moved there and she would visit Rita. The last time I saw Pat was at lunch at Minerva’s with our Watertown friends a few years ago.
I’m so very sorry for your loss, she was so proud of her family! You will miss her presence but you have many loving memories to cherish. I wish I could come to the funeral but because of COVID I better stay home. I will be thinking and praying for you. 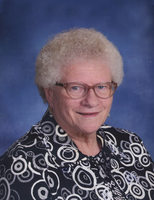 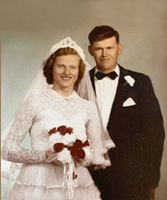 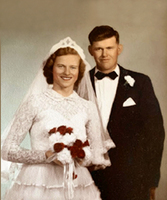