To share your memory on the wall of Patrick Mack, sign in using one of the following options:

Provide comfort for the family of Patrick Mack with a meaningful gesture of sympathy.

Burial will be in Mount Hope Cemetery, Watertown, SD. Military honors will be conducted by Codington County Post 17 of the American Legion and SD Army National Guard of Watertown.

Patrick Andrew Mack, son of Andrew and Jeanette (Kranz) Mack was born on September 12, 1969. He grew up on the family farm near Kranzburg and attended school in Watertown, graduating from Watertown High School in 1988. Pat then joined the United States Army and served for three years. Being a veteran was important to Pat.

After his honorable discharge from his military service, Pat worked at Angus Palm and other various jobs in South Dakota. He married Mary Korth on February 14, 1998 in Sioux Falls, SD. Patrick went back to school and earned his degree from LATI and he graduated in 2005. He then worked at Technical Ordinance, Inc. near Clear Lake where he worked for 12 years.

Pat moved to Kansas to be a safety director at Futamura. He returned to South Dakota and was most recently employed by and lived with Kim and Ron Bjerke in Milbank.

Pat was a jack-of-all trades and was a great cook, canner and made horseradish annually. He was a great friend and would drop everything to help someone out. He loved his dogs, Ozzy, Turd and Cody and enjoyed fishing and camping. Above all, Pat loved his children and always kept them close to his heart.

He was preceded in death by his father, Andrew.
Read Less

Receive notifications about information and event scheduling for Patrick

We encourage you to share your most beloved memories of Patrick here, so that the family and other loved ones can always see it. You can upload cherished photographs, or share your favorite stories, and can even comment on those shared by others.

Kevin and Kathy Mack and Family, Ron & Kim Bjerke, and others have sent flowers to the family of Patrick Mack.
Show you care by sending flowers

Posted Feb 24, 2019 at 03:12pm
My deepest sympathy to all who loved Pat. I have many fond memories growing up and being classmates of '88. We shared many laughs on the bus as you told corny jokes and sang. You were a hoot in Junior High Swing Choir and a charter member of the very first show choir at WHS that our little group called "Arrow Express". I remember Mrs. Larson (Jr High chorus teacher) taking attendance the very first time in 7th grade. She said "Leanne Mack....Pat Mack....are you twins? Siblings? OH, SO YOU'RE MARRIED?!?" The class roared! From then on, you called me your wife and later your "other wife" after you actually married. Mrs. Larson also got after you for not having a perfected Jazz Hand and arm stretch. After much badgering, she asked if there was a good reason. If I remember correctly, you had an injury and it was stiff or grew crooked? Again, the class laughed. I am glad we could make those memories! I wanted your children to know the fun you provided for the class of 1988! Bless you and your family.
Comment Share
Share via:
TC

Posted Feb 23, 2019 at 07:39pm
. I worked with Pat for a time in Clear Lake. I never knew when he entered my office if he was there to frustrate, joke, or argue with me. Truth be told, he was entertaining regardless and I enjoyed our visits. Pat spoke often and lovingly of his family and to you - my greatest sympathy. I am so very sorry for your loss.
Comment Share
Share via:
D

Posted Feb 23, 2019 at 04:01pm
Dear Family, I am so sorry to hear of the loss of your dear loved one and send you my sincere condolences. May you find comfort from God's word at Revelation 21:3,4 and John 5:28,29. Heartfelt prayers are with you during this difficult time.
Comment Share
Share via:
MT

Posted Feb 23, 2019 at 01:09pm
In June of 2011 I moved to Clear Lake, SD to start a job at Tech Ord where I had the opportunity to meet Pat Mack. Within a short time, I learned, in no particular order, he was a veteran, a father 4 times over, a catholic, was chosen by his parents, considered himself Irish and was an avid canner of garden goods. Pat was very open. I don’t remember what we discussed over the second beer. During the course of my employment, I was able to work more closely with Pat and learned much more about the man; his devotion to his family, his loyalty to friendships as well as his dedication to his occupation. Also, during the course of these past 7+ years, I spent time with Pat outside of work. My wife and I spent a New Year’s Eve with Pat and Mary. I golfed with Pat. I played darts with Pat. I bowled with Pat. I went fishing with Pat. I sang karaoke with Pat. I harvested horseradish roots with Pat. I ground and bottled those roots with Pat. My wife even danced with Pat and, to tell the truth, he could cut a rug. When Pat chose to move from the area in pursuit of better career opportunities and leave behind his home and job of 12 years, I admired his courage. When he chose to return to South Dakota, due in part to provide support to his family, I was again impressed with his willingness to do the right thing. Since then I have returned to MN and, while I didn’t think that I would see Pat again with any frequency, I am deeply saddened that we will no longer exchange those occasional texts. Pat, my friend, rest in peace. Leah, Erin and Jordan, carry on and carry forward those wonderful traits I know your father has given to you.

Posted Feb 22, 2019 at 09:01pm
Pat I miss you so much....I just want to hear your voice. I will miss you so much❤️ I know you are at peace and pain free. I love you, you were an amazing friend and I will never forget you! Prayers and hugs to your family and friends.
Comment Share
Share via: 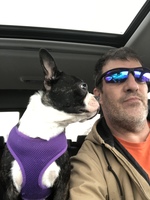 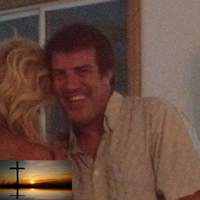 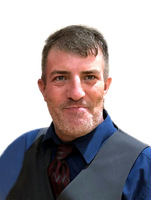