To share your memory on the wall of Phyllis Aker, sign in using one of the following options:

Print
Phyllis Aker, age 91, of Watertown, SD passed away on Thursday, August 6, 2020 at her residence.

There will be private funeral services Monday, August 10, 2020 at Wight & Comes Funeral Chapel in Watertown with Reverend Elmer Brinkman off... Read More
Phyllis Aker, age 91, of Watertown, SD passed away on Thursday, August 6, 2020 at her residence.

There will be private funeral services Monday, August 10, 2020 at Wight & Comes Funeral Chapel in Watertown with Reverend Elmer Brinkman officiating.

Phyllis' services will be recorded and posted on her obituary page on our website when available.


Phyllis Marjorie Mitchell was born October 22, 1928 to Harrison “Shorty” D. and Ida A. (Mortenson) Mitchell, at their farm home in Mazeppa Township, Grant County, Summit, South Dakota. Her first ten years were on the farm and she attended Mazeppa Township Country School for three years. The family then moved to Summit where Phyllis went to the Summit Public School until half way through her junior year in January 1945. She started working during the Christmas Holiday at the Thompson Café in Summit and continued working rather than going back to school. She also worked at Olson’s Grocery and Peoples State Bank.

Phyllis was united in marriage to Clifford C. Aker on April 3, 1948 in Webster, South Dakota. She then stayed home to be a homemaker and raise the children. The couple lived in Watertown for a short time before moving back to Summit where they lived until 1950. They moved to Sisseton and lived there for three years and then moved to a farm northwest of Summit. In 1955 they made their home in Watertown where they stayed. From 1971-1991 Phyllis worked as a receptionist at Werner Chiropractic and then at Kiefer Chiropractic Clinic.

Receive notifications about information and event scheduling for Phyllis

We encourage you to share your most beloved memories of Phyllis here, so that the family and other loved ones can always see it. You can upload cherished photographs, or share your favorite stories, and can even comment on those shared by others.

Posted Aug 10, 2020 at 03:27pm
Clifford and Family;
So sorry for your loss in the passing of Aunt Phyllis. She was a wonderful lady and a gracious host on many an occasion. Irene and i send condolences ,blessings and best wishes to all.
Ken Drovdal
Comment Share
Share via:
KE

Posted Aug 10, 2020 at 11:12am
Cliff and Family,
I will have you All in my Prayers today. Phyllis and All of us girls from our Bible Study will miss her so. I remember when we were celebrating her 80th Birthday and we had to call her to come. haha She ran right over laughing all the way. We had great trips to Gary SD and the Bird House near Summit, going by her house she grew up on.
I loved her so much and am so sorry we won't be able to get together any more. She was a great friend and will miss her.
May you all have God peace.
Love her friend in Christ
Kay Engen

Posted Aug 08, 2020 at 02:31pm
I'm sorry to hear of Phyllis' passing. Please know I will keep all of you in my prayers
With love to all
Dolores Long Johnson 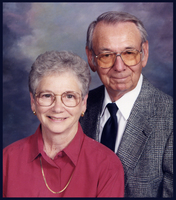 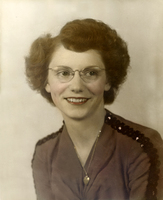 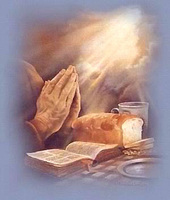