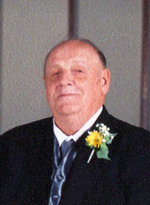 Funeral Mass will be at 1:00 p.m., with a visitation for one hour prior to to the service on Saturday, December 19, 2020 at the Immaculate Conception Church in Watertown with Father Richard Fox officiating.

Quentin John Godes was born to John and Rose (Messer) Godes on May 31, 1943 in Dickinson, ND. He grew up in the Hebron/Glen Ullin, ND area. He attended Saint Clement's School in Haymarsh through the fifth grade and then attended grades 6-8 at Saint Mary's School in Richardton, ND. He then graduated from Assumption Valley High School in 1961.

Quentin worked around the Hebron/Glen Ullin area from 1961-1970 when he went back to school and worked at Dakota Midland Hospital as an orderly. He attended State College of Science for four months in the LPN program in 1970. He moved to Aberdeen to complete his training at Dakota Midland Hospital, graduating in February of 1971. He then went on to Presentation College, studying to become an RN, graduating in 1975.

On March 1, 1975 he married LouElla Ann Howson at Sacred Heart Church in Aberdeen, SD. Quentin worked as an RN in Martin, SD for a year and a half, then worked at VAMC in Hot Springs from 1976-1979. He worked at IHS in Rosebud and Sisseton, SD from 1980-1987 when he went to work in Armour, SD until 1991. Quentin and LouElla moved to Watertown, where they made their home. Quentin worked at various care centers, including Jenkins Living Center, White Care Center, Parkview in Bryant and Sundial in Bristol, SD. After retiring in 2008, Quentin worked at odd jobs in Watertown since that time.

He was a member of the Knights of Columbus and enjoyed reading and crossword puzzles.

Quentin is survived by his wife, LouElla; their children, Peter and Robert of Sioux Falls, Mary Ann (George) Kinsey of Lennox, and Catherine of Brookings; sisters, Pat Johnson, and Jeannette Feser of Mandan, ND; and four grandchildren, Alex, Hudson, Alyson and Alexys.

He was preceded in death by his parents, his brothers Isadore, Albert, Giles Godes, his twin (stillborn), and Joseph Godes, and sisters, Cecilia Betchner, Loraine Messer, Adeline Weinand.