To share your memory on the wall of Ralph Miller, sign in using one of the following options:

Provide comfort for the family of Ralph Miller with a meaningful gesture of sympathy.

Print
Ralph H. Miller, age 97, passed away Saturday, September 21, 2019 at his home on his farm near Watertown.

Funeral services will be 11:00 am, Friday, September 27, 2019 at the Grace Lutheran Church in Watertown with Pastor Jerod Jordan, ... Read More
Ralph H. Miller, age 97, passed away Saturday, September 21, 2019 at his home on his farm near Watertown.

Funeral services will be 11:00 am, Friday, September 27, 2019 at the Grace Lutheran Church in Watertown with Pastor Jerod Jordan, Jesse Layton and Barbara (Miller) Frerichs officiating. Marcia Jelsma will be the organist. Judy Everson will be the soloist.

Burial will be at Mount Hope Cemetery, Watertown, SD. Military Honors will be conducted by the SD Army National Guard Funeral Honors Team in Watertown.

Ralph Henry Miller was born on July 11, 1922 to Henry D.E. and Adeline (Rux) Miller in Redfield, SD. The family moved to Watertown, SD when Ralph was ten years old. Ralph graduated from Watertown High School in 1940. He worked for Baskerville and Dahl in the parts department and also assembled machinery.

Following the bombing of Pearl Harbor Ralph answered his call to duty and enlisted in the United States Army on December 10, 1942. Ralph served in France and Germany as a sergeant during World War II. He was honorably discharged on February 12, 1946. Ralph was the only member of his unit to climb the cliff to Hitler's Eagles Nest, discovering Hitler had already Evacuated.

Ralph was an active member of the Methodist Church in Watertown.

Following his service in World War II, Ralph returned to Watertown. He loved horses and raised and trained many. He was a member of the Watertown Riders and Drivers Club where he met the love of his life, Elsie Johnson, on a trail ride.

On September 25, 1949 Ralph and Elsie were married at Grace Lutheran Church in Watertown. To this union three daughters and one son were born. They moved to a farm west of Watertown where they raised and milked Holstein dairy cattle. They also grew grain and raised chickens. In November of 1963 the couple purchased a farm south of Watertown and continued to farm with the help of their four children. Ralph and Elsie shared 63 years of marriage together.

Ralph was a member of the Watertown Coop Elevator Advisory Board.

After retiring from farming, Ralph enjoyed fishing, especially with Elsie, and traveling to the Black Hills, southern United States and Mexico in the winter months in their motorhome.
Ralph especially loved time spent with his children, grandchildren and great grandchildren.

He was preceded in death by his parents; his wife, Elsie; his son, Dale; one brother, Bernie; a sister, Dorothy Stoltenberg; and son-in-law, Edward Layton.
Read Less

We encourage you to share your most beloved memories of Ralph here, so that the family and other loved ones can always see it. You can upload cherished photographs, or share your favorite stories, and can even comment on those shared by others.

Flowers were purchased for the family of Ralph Miller. Send Flowers

The FTD Comfort Planter was purchased for the family of Ralph Miller. Send Flowers 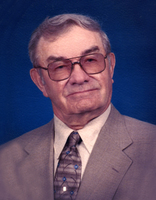 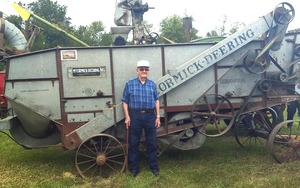 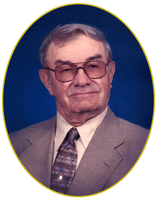 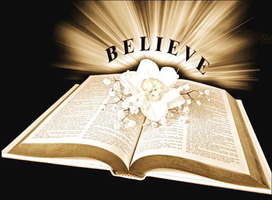