To share your memory on the wall of Roger Boadwine, sign in using one of the following options:

Provide comfort for the family of Roger Boadwine with a meaningful gesture of sympathy.

Please join the family for lunch at the County Fair Banquet Hall following the funeral service.

Roger Frederic Boadwine, the son of Frederic Xavior and Gladys Luella (Griffin) Boadwine was born on June 12, 1956 in Watertown, South Dakota. He attended Watertown schools and High School. He graduated with a welding degree from Webster, SD and was certified in four states and welded tressels on the interstate and overpasses. Roger was a "Jack of all trades"! He was certified by Armstrong and specialized in flooring, he was self employed for 20 plus years. He was employed briefly at Frank Spiegel Construction and his latest employment was at Terex.

Roger enjoyed building houses, shingling, and working on old cars. He cared for people and would help anyone in need! He loved kids, riding his motorcycle and fast cars. Roger also enjoyed cooking and helping with the American Legion's pancake fundraiser.

Throughout his life, he lived in Watertown and Las Vegas, Nevada.

Roger was preceded in death by his parents; his son, Joey; a niece and nephew; and two brothers, Randall and Darwin.

Posted May 15, 2019 at 07:08pm
Please accept our most heartfelt sympathies for your loss... Our thoughts are with you and your family during this difficult time.

Flowers were purchased for the family of Roger Boadwine. Send Flowers

Posted May 15, 2019 at 07:50am
Roger was a great friend, always willing to help out. We will sure miss him stopping out.
Comment Share
Share via:
R

Posted May 14, 2019 at 05:56pm
It’s been great to have Roger as a neighbor for many years. We will miss having him stop over for that cup of coffee. RIP Rog. 🙏🏻
Comment Share
Share via:
RS 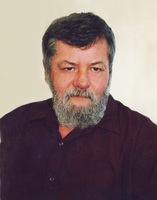 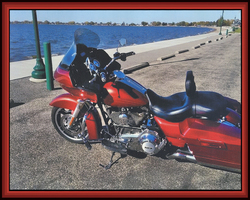