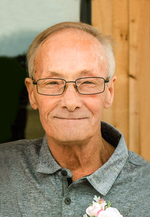 Private Family Services will be on Wednesday, December 9, 2020 at the Wight & Comes Funeral Chapel with Pastor Lamar Whittemore officiating.

Interment will be at Mount Hope Cemetery, Watertown, SD with military honors conducted by Vietnam Veterans of America of Northeast SD Chapter 1054.

Roger LeRoy Fisher, the son of Douglas and Catherine (Jungen) Fisher was born on August 24, 1950 in Watertown, SD. He grew up in Watertown where he attended school, graduating with the Class of "69". Roger LeRoy married Brenda Kay TeBeest on November 17, 1969 in Watertown and four children were born to this union, Chad, Troy, Angie and Kristin. The couple celebrated their 49th wedding anniversary this past November.

Roger joined the United States Army and served during the Vietnam War. Following his honorable discharge on July 26, 1971, Roger was a break press operator for many years, retiring in 2011 from Angus Palm Industries.

He enjoyed spending time with his family, especially his grandchildren. He loved fishing and was a huge Chicago Bears Fan.

He was preceded in death by his parents Doug and Catherine, his sister Roxanne Fisher, his brother Steven Fisher, two grandchildren Brandi and Caden, and his in-laws Lyle and Betty TeBeest.

Roger is survived by his wife, Brenda; his children, Chad Fisher, Troy Fisher, Angie (Andy) Rieffenberger and Kristin (Michael) Lamb of Watertown; seven grandchildren and one baby boy on the way, expected in January of 2021; his brother, Doug (Sue) Fisher of Watertown; and his nieces and nephews.