Obituary for Ronald A. "Ron" Madsen 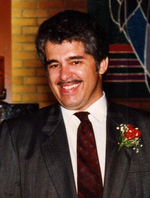 Masks are encouraged. Thank you.

A celebration of Ron’s life will be held in Crocker this summer (2021). Information will be provided in the future.

Please honor Ron’s memory by giving your loved ones extra time and attention each day. A donation to a community charity or a cause of your choice would be a fitting memorial to Ron.

Ronald Allen Madsen, the son of Donald and Darlene (Herr) Madsen, was born October 26, 1948, in Conde, South Dakota. His parents instilled a strong Christian faith in their family by being active in St. Joseph’s Catholic Church in Lily, South Dakota.

Ron attended grade school in Crocker and graduated from Bradley High School in 1966. He entered the US Navy on January 23, 1967. Most of his navy service was in Charleston, South Carolina. Ron was honorably discharged on February 4, 1971. He attended South Dakota State University and received his Bachelor of Science degree in 1984. Ron was employed in Crofton, Nebraska and Sisseton, South Dakota, doing various electric and computer assembly work.

He married Pam Lee. Ron later married Carol Spilloway Kinzler on August 23, 1992 in Jamestown, North Dakota. The majority of his employment career was with Western Area Power Administration in Jamestown and Watertown. Ron retired in 2008, after 24 years of service.

Ron had many interests, including aviation. He was the proud owner of two Ercoupe planes. He enjoyed working on his TRIII sports car, hunting, fishing and camping. In his later years the LIONS organization became an interest of his. He would spend weeks at the LIONS Christmas tree lot each year. Ron liked to tell stories about his Huckleberry Finn like childhood in Crocker. He was a master at relating many of his life experiences! He loved Crocker and was deeply appreciative of the support and love the community gave his family. Ron’s upbringing helped him to be a kind and honorable man who will be missed by many.

Ron was preceded in death by his brother, Malcom Madsen.