To share your memory on the wall of Ronald Olson, sign in using one of the following options:

Print
Ronald Mark Olson went to spend eternity with his Lord and Savior on Thursday, January 9, 2020. He was 56 years old and passed away in Watertown, SD.

A Celebration of Ron’s life will be at 1:00 p.m., Saturday, January 25, 2020 at Cornerstone United Methodist Church in Watertown with Pastor Luke Smith and Pastor Steve Anderson officiating.

Visitation will be from 5-8 p.m. on Friday, January 24, 2020 at Cornerstone United Methodist Church.

Burial will be at the Egeland Lutheran Cemetery, Waubay, SD.

Ron was born to Maurice and Mildred (Erickson) Olson in on August 9, 1963 in Webster, SD. The youngest of five, Ron grew up on the family farm south of Waubay where he and his wife, Renee, continued farming and raised 5 children of their own.

Ron and Renee were married in Watertown in 1986. The pair loved traveling and being at the lake where they spent every summer. Ron was actively involved in local and regional politics and farming advocacy groups serving as President of the South Dakota Corn Growers Association, serving on the board of the National Corn Growers Association, and participating on the boards of many other area organizations. He and his family were also active at Cornerstone United Methodist Church in Watertown where they worshiped.

Ron was never short of projects. Be it fixing up an antique tractor or creating a new farm implement, he enjoyed tinkering and finding unconventional ways to create or improve how things are done. His morning routine always began by spending time in God’s Word and he regularly connected with his close friends and neighbors over coffee before starting his days work. He loved hunting pheasants and deer each fall and could often be found at an auction looking for his next great deal.

Ron will be remembered as soft-spoken and light-hearted, spontaneous and always ready with a witty comment. He had a heart for others and was always willing to lend an ear or piece of advice to those in search of it. He rarely missed an opportunity to engage with those around him, and welcomed the opportunity to discuss his relationship with Jesus with those whom he encountered.

His children and grandchildren brought Ron tremendous joy. He spent as much time with his kids and grandkids as he could and took special interest in finding unique ways to connect with each of them. He loved his grandchildren very much and could often be found chasing them around, telling jokes, wrestling, or watching tractor videos online, which they could together do for hours on end. One of Ron’s greatest gifts to his kids and grandkids is a book that he was working on outlining a model for parenting that he’d developed covering the stages parents go through in the relationships with their children. They just received the final edited manuscript.

He was preceded in death by his parents, Maurice and Mildred.

He is survived by his wife, Renee (Berven), and his five children: Lauren (Reid) Vander Veen of Worthing, SD; Olivia (Joshua) Tracy of Harrisburg, SD; Regan of Dallas, TX; and Levi and Kylen, both of Waubay. Missing their grandpa tremendously will be Finley, Ezra, and Willa Tracy as well as Ronan and Auden Vander Veen.

Receive notifications about information and event scheduling for Ronald

We encourage you to share your most beloved memories of Ronald here, so that the family and other loved ones can always see it. You can upload cherished photographs, or share your favorite stories, and can even comment on those shared by others.

Posted Jan 23, 2020 at 04:08pm
Renee and family,
We were very saddened to read of Ron's passing. We have many nice memories of Ron (and Renee) through the SD Corn Council. We attended some conventions with them, and always enjoyed talking and spending time with them. Ron was very dedicated to making life better for SD farmers, and spent countless hours travelling and promoting SD Agriculture. We just want to say that Ron was one of the nicest people we have had the good fortune of knowing and he will truly be missed by many.
Brad and Barb Bonhorst
Pierre, SD
Comment Share
Share via:
DK

Flowers were purchased for the family of Ronald Olson. Send Flowers

Posted Jan 16, 2020 at 12:50pm
Renee and family,
Sorry about the passing of Ron. Husband, Father and friends of many will miss him dearly for a long time. We mourn your loss and send our thoughts and prayers to you and the family. With Deepest Sympathy. Our love to you and your family. May God Bless and Comfort you during these hard times.
Dick and Pat Gooding
Comment Share
Share via:
KL

Posted Jan 14, 2020 at 08:18pm
My deepest sympathy to the Olson family. I was fortunate to be able to get to know and work with Maurice and Ron while working in Day County early in my career. They were both excellent stewards of the land and natural resources. Very sad for their families to lose both to tragic accidents. Praying for Renee and rest of the family. May God give you the strength you need during this difficult time.
Comment Share
Share via: 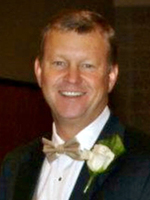 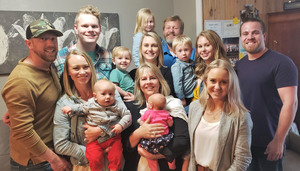 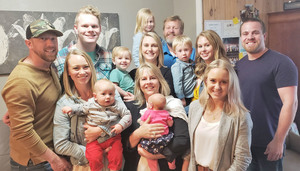 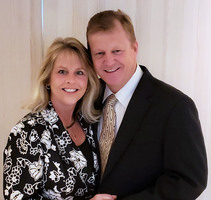