To share your memory on the wall of Shirley Amendt, sign in using one of the following options:

The funeral mass will be 11:00 am, Wednesday, August 26, 2020 at Holy Name of Jesus Church in Watertown with Father Michael Wensing and... Read More
Shirley Amendt, age 78, of Watertown, SD passed away on Thursday, August 20, 2020 in Rochester, MN.

The funeral mass will be 11:00 am, Wednesday, August 26, 2020 at Holy Name of Jesus Church in Watertown with Father Michael Wensing and Father John Fischer officiating.

The funeral will be recorded and posted on her obituary page on our website.

Interment will be at St. Mary’s Cemetery in Watertown.

In lieu of flowers, the family requests donations to Immaculate Conception School in Watertown and/or planting flowers in Shirley’s memory.

Due to current health restrictions, a memorial luncheon will be planned for a LATER DATE in 2021. In the meantime, family and friends are encouraged to enjoy a meal of fried chicken, potato salad, banana cream pie, and coconut poke cake in Shirley’s memory.

Shirley was born on March 2, 1942 in Big Beaver, MI, to Virginia and Martin Sorensen. Her father died when she was young and her mother married Everett Wright and moved the family to Chappell, NE, where she grew up and graduated from Chappell High School in 1960. She went to University of Nebraska, obtaining a Bachelors in English. She met and married Phillip Brugger, and moved to Tacoma, WA. They had two children, but later divorced.

She met Joseph John Amendt, a 747 Captain for Northwest Airlines. They moved to Watertown, SD in 1979 and they married in 1986. They raised their combined family of six children. Shirley managed their rental home business in Watertown for many years until her son took over.

Shirley opened Fancy Finds, a clothing, gift, and gourmet food store in downtown Watertown in 1989. She traveled extensively in the 1990’s to Hong Kong, Australia, Korea, Europe, Mexico and many cities in the US to find a unique collection of merchandise for customers of her beloved store. After she closed the store in the late 1990’s, Shirley spent some time day trading.

She learned to scuba dive, a hobby she combined with her love of travel. She and Joe enjoyed many trips to Grand Cayman in the 90’s and 2000’s. They also enjoyed road trips in their camper to fly-ins and other destinations. She enjoyed cooking for large gatherings at church and spending time pursuing her passion for gardening. She was a talented knitter and finished many prayer shawls for the church and teddy bears for a Christian children’s charity. She was a member of the Catholic Daughters and has volunteered at Immaculate Conception School. The school is also the recipient of Shirley and Joe’s philanthropy.

Shirley began to seriously pursue her love of writing in 2011, when she wrote her first Christian poetry book, A Lamb is Born, and Other Poems. It was well received, and she followed up with two more books, Come Follow Me, and His Mighty Hand. She has authored several children’s books including Jacob’s Prayer, Best Friends Forever, A Lamb is Born, and Neveah’s Dream. All of the proceeds for Shirley’s books have gone to support children’s education at Windswept Academy in Eagle Butte, SD and Immaculate Conception School in Watertown. Shirley has two more children’s books and another volume of poetry that will be published posthumously.

Shirley is preceded in death by her mother Virginia Wright, her father Martin Sorensen, her stepfather Everett Wright, and her stepdaughter Cynthia Amendt.

When we keep Heaven in our minds as the glorious reward that we are working toward, this is a wondrous thing! Time here in this world goes fast, and then suddenly, frequently without warning - it's over. We must be ready for Heaven, our incredible and everlasting future home! It is our duty and our delight to bring as many people with us as we possibly can, to live eternally with our precious, Lord!
Read Less

Your Fruends & Neighbors at Shady Acres sent flowers to the family of Shirley J. Amendt.
Show you care by sending flowers

Guaranteed hand delivery by a local florist
YA

Your Fruends & Neighbors at Shady Acres

Your Fruends & Neighbors at Shady Acres purchased flowers for the family of Shirley Amendt. Send Flowers

Posted Aug 23, 2020 at 11:33pm
Her poetry brightened up a dark chapter of my life, and I would often see poems she wrote that contained messages I needed right when I needed them. I loved her commitment to charity, which she demonstrated day in and day out. I was a faithful follower on social media just to feed my soul and maintain a tie with a lovely Christian lady.
I will be planting flowers in her memory this week, and I look forward to seeing Catherine carry on her mother's legacy.
Comment Share
Share via:
DB

Posted Aug 23, 2020 at 10:09pm
When she would share her writings, it seemed to always come at a time I need to read them and become closer to my Savior. She was a very talented lady, who gave much to her supporters. May she she rest now in peace.
Comment Share
Share via:
JS 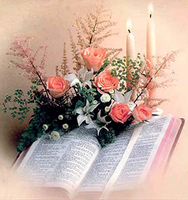 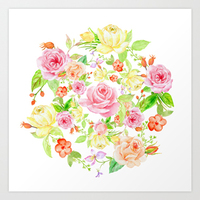 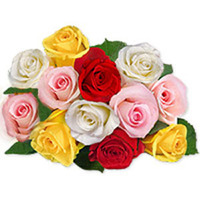