To share your memory on the wall of Shyrlee Raml, sign in using one of the following options:

Provide comfort for the family of Shyrlee Raml with a meaningful gesture of sympathy.

We encourage you to share your most beloved memories of Shyrlee here, so that the family and other loved ones can always see it. You can upload cherished photographs, or share your favorite stories, and can even comment on those shared by others.

Posted Dec 30, 2018 at 12:00am
Lori and Jerod I just wanted to express my deepest sympathy to you guys as well as the family. You are in my thoughts and prayers. Your Mom was a wonderful person.
Comment Share
Share via:
LC

Posted Dec 28, 2018 at 12:00am
Shyrlee Was wonderful person Will miss having her around. Had a lot of good times at Fitzy's Bar. She was a very good dancer. Jim Jerod Lori and rest of family I am so sorry for your loss.
Comment Share
Share via:
DJ 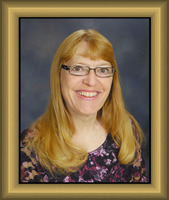