To share your memory on the wall of Stephen Gehring, MD, sign in using one of the following options:

Provide comfort for the family of Stephen Gehring, MD with a meaningful gesture of sympathy.

Visitation will be from 5-7 p.m., on Wednesday, July 10th at the Wight & Comes Funeral Chapel in Watertown.

Interment will be in the Arlington National Cemetery, Arlington, VA.

Stephen Hubbuch Gehring was born on July 29, 1941 to Harry L. Gehring and Antoinnette Hubbuch Gehring in Louisville, KY. He was raised in Louisville and attended St. Xavier High School and graduated with the class of 1959. He attended Georgetown University in Washington, DC and won a letter from G.U. in competitive swimming. He attended the University of Kentucky School of Medicine and spent three months in Chile doing outreach clinical work. Steve did his internship at the University of Pennsylvania/Presbyterian Medical Center in Philadelphia where he met his wife to be, Susan.

He was in the Naval reserve and after internship he served as a Navy doctor with the 3rd Marine Division in Vietnam. He received the Bronze Star with combat V and the Navy Commendation with combat V for Valor. Steve was wounded in combat and received the Purple Heart. When he returned from Vietnam, Steve was assigned to the hospital at the Naval Air Station in Millington, TN. He was honorably discharged from the Navy as a Lieutenant Commander in 1970.

He married Susan Smailes on November 28, 1970 in Philadelphia and they started their life together in Holly Springs, MS where he worked for six months. He first did a surgical residency at the Washington University in St. Louis, MO. He then did a residency in urology at the University of Louisville in KY. Steve, Susan and son Steve moved to Sioux Falls, SD in 1975 where Steve was a partner with Urology Specialists. Their son, James was born that year. After nine years Steve and his family moved to Watertown in 1984 to go into practice with Paul Larson at Watertown Urology. He retired in 2001.

Steve was active in the community and was very interested in the Boy Scouts of America. He was a Webelos den leader, assistant Scoutmaster and was Commission Chairman for the Watertown area. He was also very active in the Medical Community. Steve participated in various committees for the State Medical Association. He was on the Executive Committee and became President of the State Medical Association from 2000-2001. He served on the Board of Directors at Prairie Lakes Hospital and was President of the board for four years. He was also on the Board of Directors for DakotaCare and served as President for several years. He was currently a member of the Rotary Club of Watertown.

He greatly enjoyed retirement and was able to travel and visit places he always hoped to see. He also was an avid outdoorsman and loved hunting, fishing, camping and hiking. One of Steve and Susan's items on their bucket list was to canoe as many scenic waterways as possible and they were able to do 31 rivers. It was great fun! Recently Susan and Steve would winter in Leesburg, VA.

Stephen is survived by his wife of 48 years, Susan; his sons, Stephen W. and his wife, Tomoko of Herndon, VA, James M. of Washington, DC; two grandchildren, Kenneth and Rebecca; his sister, Jamie Dance of Naples, FL; a brother, Harry and his wife, Margaret of Memphis, TN; and nieces and nephews who meant the world to him.
Read Less

We encourage you to share your most beloved memories of Stephen here, so that the family and other loved ones can always see it. You can upload cherished photographs, or share your favorite stories, and can even comment on those shared by others.

Steve was so energetic and full of life. I get worn out just reading the list of all his activities before and during retirement. His passing is a loss to Susan and family and friends and, undoubtedly, to his community, too. All will miss him.

Susan, you and your family are in our thoughts and prayers.

Flowers were purchased for the family of Stephen Gehring, MD. Send Flowers

Posted Jul 09, 2019 at 06:11pm
Dear Susan and family -- sincere condolences on the loss of Steve. He was very special. Hugs - Jan and Mike Mullin
Comment Share
Share via:
MD

Posted Jul 09, 2019 at 05:48pm
Dear Susan and all if you family. , Bonnie and I have fond memories of all of you in Louisville and Wi, My brother Alex shared fun times with You 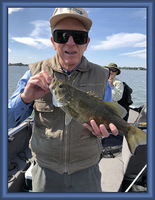 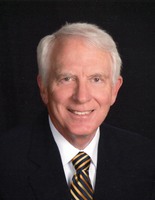 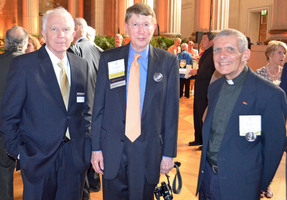 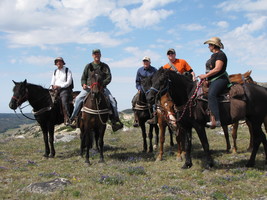