To share your memory on the wall of Sylvan \"Syl\" Mack, sign in using one of the following options:

Funeral mass will be at 11:00 AM, Monday, June 3, 2019 at the Holy Rosary Catholic Church in Kranzburg with Father Ken Koster as celebrant.

Visitation will be Sunday, June 2nd from 2:00 PM to 5:00 PM at the Holy Rosary Church in Kranzburg with a Scripture service at 4:00 PM followed by a rosary. There will also be visitation, at the church, one hour prior to the funeral on Monday.

Interment will be at the Holy Rosary Church Cemetery.

Honorary Casketbearers will be Melvin Mack, Sylvan’s caregivers and friends, Dave and Jeannie Hedding, Janel, Dallis and Barbara Trego, Jessica Nelson, Daina Heemeyer, Watertown Home Care and Prairie Lakes Hospice employees. With the loving and special care Syl received from these special people, Sylvan was granted his wish of spending his life at his home.

Sylvan “Syl” Louis Mack was born March 26, 1928 to Peter and Susan (Heyn) Mack at the family farm near Kranzburg, SD. He attended grade school at Kranzburg and high school in Goodwin, SD.

As a young teenager Syl began playing the saxophone and clarinet with the Francis Hess Band and later established his own band, Sly and the Boys. Also at the age of 16, Syl learned to fly and purchased his own airplane. During Syl’s time playing Big Band Music for dances he met “the prettiest girl in Clark County”, Corrine Seefeldt. On June 5, 1948 they were united in marriage at the Holy Rosary Catholic Church in Kranzburg. Syl and Corrine had 12 children, 6 girls and 6 boys.

Sylvan and his family raised turkeys for many years and in addition he traveled a four state area to continue his musical career. Before his retirement he worked for the Codington County Highway Department. During retirement Sylvan and Corrine traveled extensively in their motorhome. Syl spent many hours watching EWTN and then on to watching his next favorite channel, The Food Network where he learned gourmet cooking and became an accomplished bread maker. Throughout Sylvan’s life he enjoyed hunting and fishing trips with his family and friends. Other interests were of course airplanes along with his flower garden, golfing and auto racing. Sylvan will always be remembered for his quick wit and unending knowledge on a very wide range of topics which stems from the thousands of books he read.

Receive notifications about information and event scheduling for Sylvan "Syl"

We encourage you to share your most beloved memories of Sylvan "Syl" here, so that the family and other loved ones can always see it. You can upload cherished photographs, or share your favorite stories, and can even comment on those shared by others.

Posted Jun 01, 2019 at 07:11pm
Rainey and Family, We are so sorry to hear of the loss of your beloved grandfather, Syl. Thinking of you during this difficult time.

Flowers were purchased for the family of Sylvan "Syl" Mack. Send Flowers

Posted Jun 01, 2019 at 10:35am
Our thoughts and prayers are with you.. Scott & Margaret Cordts, Alyssa Cordts, Brook, Cristin, Brenden & Corbin Fischer

Flowers were purchased for the family of Sylvan "Syl" Mack. Send Flowers

Posted May 31, 2019 at 10:48am
Dear Mack family...
We are so very sorry to learn of your dear daddy's leave of this earth. We hold very fond memories of fun times together and share your sorrow. May our merciful God bless and comfort you now and in the heartbreaking days ahead. With love and prayers, Henry Haan and family
Comment Share
Share via: 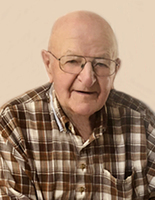 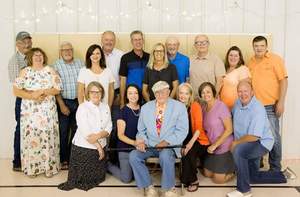 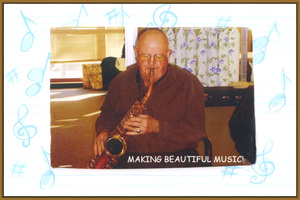 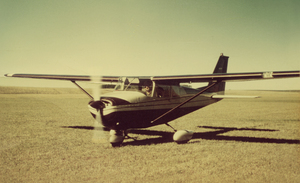