To share your memory on the wall of Terrence Stricherz, sign in using one of the following options:

Provide comfort for the family of Terrence Stricherz with a meaningful gesture of sympathy.

Print
** In order to keep "Terry's" service current, his date of death has been changed on the home page of our website.

... Read More
** In order to keep "Terry's" service current, his date of death has been changed on the home page of our website.

Graveside services will be at 9:00 a.m., Sunday, May 26, 2019 at Saint Joseph's Catholic Cemetery, Waverly, SD with Father Denis Meier officiating.

There will be no visitation.


Terrence Jacob Stricherz was born October 20, 1961 in Watertown, SD to Darrell and Mary Stricherz. During his life, he had several careers, all done well, reflecting his strong work ethic. He was a man who would help anyone and did everything for his family. Taking care of his girls was the focus of his life, and he did an amazing job of it. His "hobby" cow ranching was his passion. He loved the time spent outside chasing cows, irrigating, fixing a fence, or anything in his tractor. He spent his last day on December 9, 2018 doing what he loved.

Terry was preceded in death by his father, Darrell; and his brothers, Tim and Trent.

Terry's giving nature, laugh and orneriness will be missed by every person he knew.

We encourage you to share your most beloved memories of Terrence here, so that the family and other loved ones can always see it. You can upload cherished photographs, or share your favorite stories, and can even comment on those shared by others.

Guaranteed hand delivery by a local florist
DO

Posted May 24, 2019 at 08:52am
In death, there is also life. Celebration of Terry's life! Please allow this simple arrangement to be the glow of his smile. Stubbornly never leaving. 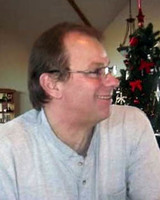