To share your memory on the wall of Terry Kranzler, sign in using one of the following options:

Provide comfort for the family of Terry Kranzler with a meaningful gesture of sympathy.

Print
Terrance Neal Kranzler, 77 of Watertown, SD, died March 26, 2019 in Watertown. There will be no service at this time, however there will be a Family Celebration at a later date.

In lieu of flowers, memorials may be given to the Glacial L... Read More
Terrance Neal Kranzler, 77 of Watertown, SD, died March 26, 2019 in Watertown. There will be no service at this time, however there will be a Family Celebration at a later date.

He was born April 12, 1941 in Emery, SD. As a small child he and his family moved to Armour, SD, then they moved to Oroville, WA, where his father was a sixth grade teacher. When his father, Isadore, passed suddenly, the family moved back to Emery where he graduated from high school in 1959. Terry went on to receive a college education alongside his mother Ruby at Dakota Wesleyan University. He taught speech and debate at Faulkton, SD before settling into a career with Farmers Insurance for 35 years.

Terry enjoyed fishing, hunting and golfing with family and friends.

Receive notifications about information and event scheduling for Terry

Print
In lieu of flowers, memorials may be given to the Glacial Lakes Humane Society, P.O. Box 1701, Watertown, SD 57201.

We encourage you to share your most beloved memories of Terry here, so that the family and other loved ones can always see it. You can upload cherished photographs, or share your favorite stories, and can even comment on those shared by others.

Posted Mar 30, 2019 at 07:01pm
Jason spent many days and nights out at the lake with your family. May God bless you with comfort, peace, and strength in the days ahead. Our deepest sympathy. Randy, Karen, Jason Phillips
Comment Share
Share via: 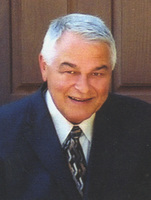