To share your memory on the wall of The Reverend Karen Hall, sign in using one of the following options:

Provide comfort for the family of The Reverend Karen Hall with a meaningful gesture of sympathy.

Memorial services will be at 2:00 p.m., Thursday, December 13, 2018 at the Wight & Comes Funeral Chapel with The Rt. Rev.John T. Tarrant officiating. AnnRae Herr will be the organist.

Visitation will be for one hour prior to the service on Thursday.

The family requests memorials to be designated to Prairie Lakes Hospice.

Karen Elizabeth Hall, daughter of Carl and Helen (Armstrong) Turnquist was born on June 1, 1942 in Cut Bank, MT. She attended school in Billings, MT and graduated from high school in 1960. Karen graduated with a BA Degree from the University of Colorado in Boulder in 1966. In 1962 Karen married Allan Sheline who later passed away in 1970.

In 1971, she married Stephen Hall in Denver, CO, and they later divorced. Karen went on to further her education and, in 1989, she received her Master of Divinity degree from the University of the South in Sewanee, TN in 1989. In the fall of 1989, after receiving her master's degree, she became the first woman ordained in the Diocese of South Dakota.

After ordination Karen moved to Watertown where she was installed as the priest at Trinity Episcopal Church. She served Trinity Church for 10 years before moving to Montana to be close to her mother. During that time, she served the congregation at Trinity Church in Ennis, MT. In 2014, when she returned to Watertown to semi-retire. During her tenure as a priest, Karen served eight congregations in the Diocese of South Dakota and the Diocese of Montana. She was the Canon to the Ordinary and Deployment Officer for the Diocese of South Dakota. She wrote the Mutual Ministry Handbook with The Right Reverend Creighton Robertson. She was also an advocate for the Native Americans and their mission churches.

Karen loved spending time with her grandchildren. She was a Master Gardener and an accomplished pianist and organist. She enjoyed classical music, reading and cross-stitching.

She was preceded in death by her father Carl, and her first husband Allan.
Read Less

We encourage you to share your most beloved memories of The Reverend Karen here, so that the family and other loved ones can always see it. You can upload cherished photographs, or share your favorite stories, and can even comment on those shared by others.

Posted Dec 09, 2018 at 12:00am
Dr Lowry, I want to extend my sympathies to you and your family during this time of great loss. May God's comfort and protection surround you especially at this time. May you know the joy of memories made and the hope of our eternal destination. In Him, Kathy
Comment Share
Share via:
MS

Posted Dec 05, 2018 at 12:00am
Dear Jennifer We are so saddened to hear of your moms passing. We are thinking of you and your family and sending our sincere condolences.
Comment Share
Share via:
LD

Posted Dec 02, 2018 at 12:00am
I met Mother Karen when she was at the Episcopal church in Watertown. She did the services for both my mom and dad. She was a beautiful woman with a beautiful heart and soul. She served the Lord most of her life, and is now sitting with him....at peace. On behalf of the Lang and the Duddy-Lang family, our thoughts and prayers are with her family and Marion.
Comment Share
Share via: 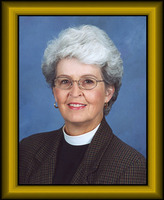