To share your memory on the wall of Tony Breske, sign in using one of the following options:

Print
Tony Breske, 44, of Waverly, SD, passed away on Wednesday, September 4, 2019 north of Marshall, MN as a result of an automobile accident.

Funeral services will be 1:00 p.m., Monday, September 9, 2019 at the First United Methodist Church ... Read More
Tony Breske, 44, of Waverly, SD, passed away on Wednesday, September 4, 2019 north of Marshall, MN as a result of an automobile accident.

Funeral services will be 1:00 p.m., Monday, September 9, 2019 at the First United Methodist Church in Watertown with Reverend Elmer Brinkman officiating. There will be congregational singing accompanied by Kathy Granquist.

Visitation will be from 2:00-6:00 p.m., Sunday, September 8th at the Wight & Comes Funeral Chapel in Watertown.

Burial will be at Esterly Cemetery near Florence, SD.

Honorary Pallbearers will be all of Tony's nieces and nephews.

Tony David Breske, son of Harry and Margaret (Schmig) Breske was born on November 2, 1974 in Sisseton, SD. He grew up on a farm northwest of Summit until 1992, when he and his parents moved into Summit. He graduated from Summit High School in 1993 and then moved to Watertown.

On August 30, 1997, Tony was united in marriage to Gwen Maag at the Grace Lutheran Church in Watertown. Tony worked at Medallion homes until 2003 when he went to work for Persona. Tony and Gwen moved to an acreage in 2004 where they have lived ever since.

Tony loved spending time with his family and friends and helping his neighbors. He enjoyed driving in the mud drags, working cattle, playing cards, riding his 4-wheeler and shooting guns.

He was preceded in death by his parents; his brothers, Ed and Gene Breske; one sister, Jean Carol; his nephew, David Breske: and his father-in-law, Victor Maag.
Read Less

Receive notifications about information and event scheduling for Tony

We encourage you to share your most beloved memories of Tony here, so that the family and other loved ones can always see it. You can upload cherished photographs, or share your favorite stories, and can even comment on those shared by others.

Shannon Dorsett and Family and Tina Waege and Ross Olson (Pizza Ranch) sent flowers to the family of Tony Breske.
Show you care by sending flowers

Posted Sep 08, 2019 at 01:52am
Sending prayers for the Breske family. Gwen, Lily, Colin, and Breanna were lucky to have such an amazing husband, father and role model. Stay strong and keep your heads up you are all amazing people!
Comment Share
Share via:
SF

Shannon Dorsett and Family purchased the The FTD Living Spirit Dishgarden for the family of Tony Breske. Send Flowers

Posted Sep 06, 2019 at 02:17pm
I’m so sorry Derrick and Crystal for your loss! So hard to lose a father! Our thoughts and prayers are with you now and the days ahead!
Comment Share
Share via: 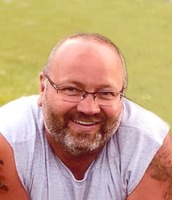 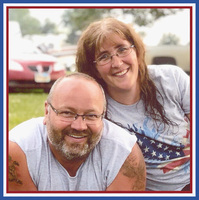 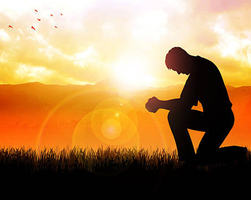