To share your memory on the wall of Xavier Zirbel, sign in using one of the following options:

Provide comfort for the family of Xavier Zirbel with a meaningful gesture of sympathy.

Funeral Services will be at 10:30 a.m., Saturday, August 31, 2019 at the Summit School Gymnasium in Summit with Father Mel... Read More
Xavier Todd Zirbel, 6 months, beloved son of David and Cheri Zirbel of Ortley, SD, passed away on August 25, 2019.

Funeral Services will be at 10:30 a.m., Saturday, August 31, 2019 at the Summit School Gymnasium in Summit with Father Melvin Kuhn and Father David Axtmann officiating.

Visitation will be from 4-7 p.m., with a scripture service at 7:00 p.m., followed by a rosary on Friday, August 30th at the Immaculate Conception Church in Waubay.

Burial will be in the Lebanon Cemetery, Ortley, SD

Honorary Pallbearers will be all of Xavier's cousins, aunts, uncles, daycare friends, Sprouts daycare employees, and everyone who was touched by his beautiful blue eyes and smile.

Xavier Todd was born on February 6, 2019 after a perfect pregnancy. He was born during a snowstorm. He was welcomed with loving arms to his parents, David and Cheri and his siblings Tasha, Bryson, Aliyah, Kallie and Abigail.

During his short six months on this earth Xavier was able to touch the lives of many. He had the most beautiful blue eyes and the most infections smile that would light up the whole room. He was just starting to roll over, scoot around and babble. He had the best belly laughter when he was tickled.

He enjoyed spending time with his sisters. Tasha was like a second mommy to him. Aliyah, Kallie and Abigail loved him, they loved him to the moon and back. His big brother, Bryson had been praying so long for brother and when he arrived, they had a special connection.

Xavier was the perfect baby. It was like he was custom ordered to be an angel. He rarely frowned or cried. When he was mad, you could tell because of the vein that popped out on the side of his head.
He loved to eat. He loved to be fed by mommy. His siblings enjoyed feeding him his baby food. He loved fruit, not his vegetables.

Xavier enjoyed his time at Sprouts Daycare. He made so many friends and his care providers offered all the love imaginable to him. We received so many pictures and they told me it was never hard to catch a smile from him.

Xavier loved his daddy, they always laughed together, especially when he gave him kisses on his neck. There was no greater bond than with his mommy. He was always comforted by her.
May he rest in peace forever with the Lord.

We encourage you to share your most beloved memories of Xavier here, so that the family and other loved ones can always see it. You can upload cherished photographs, or share your favorite stories, and can even comment on those shared by others.

Travis, April and Hayden Niles and Matt & Katie Zirbel have sent flowers to the family of Xavier Todd Zirbel.
Show you care by sending flowers

Posted Aug 30, 2019 at 08:41am
Words can not explain the sorrow and pain we feel for the loss of your son. Xavier will be greatly missed. With our deepest sympathy.

Flowers were purchased for the family of Xavier Zirbel. Send Flowers

Posted Aug 29, 2019 at 09:52pm
May you find peace one day at a time in the lasting memories of your precious son and brother. I'm so sorry your time together here was too short.

The FTD Comfort Planter was purchased for the family of Xavier Zirbel. Send Flowers

Posted Aug 28, 2019 at 06:07pm
Xavier, you are so loved and dearly missed. Sending our love and prayers to you all during this time. We love you!

Flowers were purchased for the family of Xavier Zirbel. Send Flowers 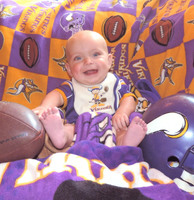 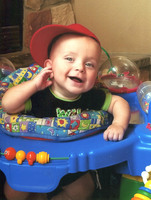 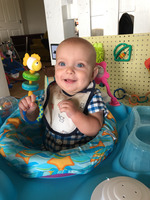 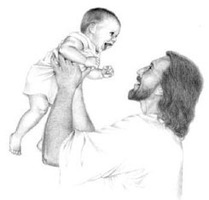