To share your memory on the wall of Astrid Waite, sign in using one of the following options:

Provide comfort for the family of Astrid Waite with a meaningful gesture of sympathy.

NOTE DATES PLEASE: Funeral services will be at 11:00am on Saturday, December 14, at Grace Lutheran Church in Watertown, with burial at Mount Hope Cemetery, The Rev. Robert A. Waite and Chaplain Scott Dempster officiating.

There will be visitation at Wight & Comes Funeral Chapel on Friday from 4-6pm, December 13, 2019.

Pallbearers will be her grandchildren and great-grandchildren, Jeff and Evan Rasmussen, Mike and Isaac Bullis, Jeff and Keaton Fierro.

Astrid Harriette Rorvick was born July 11, 1919 on a farm south of Henry, SD to Holton and Anna (Rasmussen) Rorvick. She was baptized at Our Savior’s Lutheran Church near Henry before moving to a farm north of Thomas, SD. She attended grammar school at the Perriboom and Foley country schools and graduated from Hayti High School in 1938.

Astrid married Ellsworth (Sod) Waite on April 29, 1939 at Grace Lutheran Church in Watertown. Wanting to contribute to the WWII effort and be closer to her husband who was serving in the Marine Corps in the South Pacific, Astrid moved to Los Angeles, CA, and proudly worked for Douglas Aircraft from 1942 to 1945.

From 1949 to 1963 Astrid lived on a farm south of Florence where she raised her two sons, William and Robert. She was a substitute teacher and enjoyed canning, gardening, square dancing, and farming with her husband. Moving to Watertown in 1963, Astrid worked for Tempo Department Store until retiring in 1979.

Astrid was an active member of the church choir, Altar Guild, GLCW, and The Sons of Norway. Her earlier hobbies included quilting, fishing and bowling, but was still crocheting after her 100th birthday. She loved all things Norwegian and was especially fond of making, lefse, flatbread, and lutefisk.

We encourage you to share your most beloved memories of Astrid here, so that the family and other loved ones can always see it. You can upload cherished photographs, or share your favorite stories, and can even comment on those shared by others.

The Barkley's & Bartelt's and Jim, Jerry, Jud, and Joe Bergan have sent flowers to the family of Astrid H. Waite.
Show you care by sending flowers

The Barkley's & Bartelt's purchased flowers for the family of Astrid Waite. Send Flowers

Posted Nov 23, 2019 at 10:47pm
What a sweet, sweet lady Astrid was. I will miss her at Bingo every Monday afternoon, something she looked so forward to and loved every minute of it. She was a lucky player too, and was delighted each time that she won... which was many :-) May her family take comfort in knowing that she is now resting comfortably in the loving arms of Jesus.... Bev Morrison
Comment Share
Share via:
JM

Posted Nov 21, 2019 at 01:43pm
Dear Bob and Susie. Deepest condolences on the death of your mother. Love and hugs - Jan, Mike and Annie
Comment Share
Share via:
KM

Posted Nov 21, 2019 at 11:43am
Our condolences to the family of Astrid Waite who lived a long and blessed life! She is with our Savior in heaven, and we shall see her again! From your neighbors when you were on the farm near Florence: Betty, Gary, and Karen Springer
Comment Share
Share via: 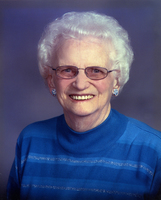 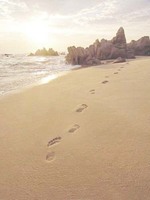