To share your memory on the wall of Curtis Berg, sign in using one of the following options:

Provide comfort for the family of Curtis Berg with a meaningful gesture of sympathy.

A memorial mass will be at 10:30 a.m., with visitation one hour prior, on Wednesday, July 17, 2019 at Immaculate Conception Catholic Church in Watertown with Father Paul Rutten as the celebrant. Music will be provided by the Immaculate Conception Funeral Choir accompanied by Helen Gollnick. "The Last Radio Call" will be conducted by the Watertown Police Department Honor Guard.

Burial will be at St. Mary’s Cemetery in Watertown.

The Honorary Group will be the Watertown High School Class of 1958.

Curtis Allen Berg was born February 21, 1940 to Chris and Frances (Larson) Berg at Volga, South Dakota where he lived his first three years. His family moved to Watertown where Curtis grew up and attended school and graduated from Watertown High School in 1958.

Curtis had joined the Army National Guard in 1957 when he was 17 and was honorably discharged in 1961.

He married Mary Lou Raderschadt on June 18, 1960 at the Immaculate Conception Catholic Church in Watertown. Together the couple raised three children, Cheryl, Sheila and Nancy. Curtis was employed by the Watertown Police Department for nine years. He was then Sheriff of Codington County for ten years. Later he started Batteries Unlimited, retiring in 2001.

He is preceded in death by his daughter, Sheila Berg; his parents, Chris and Frances; his son-in-law, Rod Wiese; a sister-in-law, Barb Coplan and her husband Kenny; brothers-in-law, Bill Swoboda and Lewis Raderschadt; and his parents-in-law, Lewis and Ella Raderschadt.
Read Less

We encourage you to share your most beloved memories of Curtis here, so that the family and other loved ones can always see it. You can upload cherished photographs, or share your favorite stories, and can even comment on those shared by others.

Linda and Luke Sieverding sent flowers to the family of Curtis A. Berg.
Show you care by sending flowers

Posted Jul 17, 2019 at 08:09pm
I remember growing up in Kampeska when Curt & Mary lived there. My parents & they were friends. He always seemed like such a large presence, but was always kind. My prayers to u all. Wanda Gabert Henrichs.
Comment Share
Share via:
J

Posted Jul 17, 2019 at 02:23pm
Dear Curt,
I only got to spend time with you for such a short time at Jenkins..You have touched so many lives in your short life!
I Thank God for putting me on your PATH even though it was for such a small period of time!
xo
Comment Share
Share via:
LK

Posted Jul 16, 2019 at 06:31pm
Mary Lou, Nancy, & Berg family,
My sympathy & prayers are with your family. Curt will be deeply missed, he was a big-hearted man, down to earth with a great sense of humor, great smile, & good stories. I remember in my ag-business days he was the rep for Powder River Livestock Equip, gates, & fencing, & we bought product from him, he was very knowledgeable & served his dealers & farmers & ranchers well. He'd stop in to Jack's Farm Supply, have coffee, visit with ranchers, work with us on cattle chute demos, & the like. I also remember in sheriff capacity, after the dances in Kranzburg, he kind of 'rode herd' on the crowd, & made sure if people were partying a bit much, that they weren't driving, & had responsible rides home. He was well liked & a friend to many, he dearly loved his family. May he rest in eternal peace & joy in God's heaven! Laurie Koehn
Comment Share
Share via:
JL 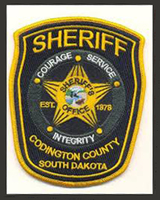 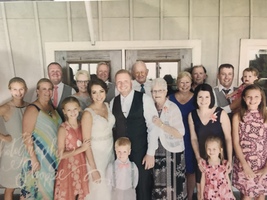 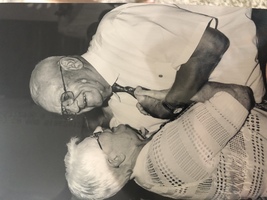 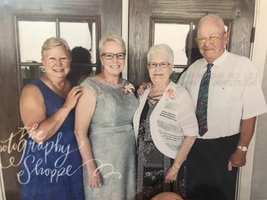