To share your memory on the wall of Darla Anderson, sign in using one of the following options:

Private Family Memorial Services will be held Thursday, May 28, 2020 at the Wight & Comes Funeral Chapel in Watertown... Read More
Darla Elaine Anderson, 77, of Watertown, entered into eternal rest on Saturday, May 23, 2020 at Prairie Lakes Hospital.

Private Family Memorial Services will be held Thursday, May 28, 2020 at the Wight & Comes Funeral Chapel in Watertown.

Darla Elaine Anderson was born on July 1, 1942 to Alvin and Ilo (May) Bren in Clear Lake, South Dakota. She completed most of her school in Clear Lake and Canton and graduated from Clear Lake High School in 1960.

Darla married Kenneth Anderson on June 25, 1960 in Clear Lake, SD. After their marriage the couple made their home in Strandburg, SD and started their family. In 1966 they moved to Watertown where Darla was employed at various places, including Jenkins Living Center, Home Consignment Center, Kirby and Avon.

Darla was a Stephen Minister at Grace Lutheran Church. She also used her passion and talent serving as clerk of Lake Township for 22 years. Although she carried out many roles in her life-time, she took pride in raising her children and being a mother was her favorite (until her grandchildren were born).

Her home was always open and you were welcomed with her witty personality, wisdom, (and had a solution for most any problem that ended in a big hug), compassion, mischief and chocolate cake.

She was a wonderful mother and friend and will be so fiercely missed by all those who knew her. It's not goodbye, it's "be good and I love you".

She was preceded in death by her beloved daughter, Teresa Grieshaber, her parents; and her infant brother, Lyndon.

Receive notifications about information and event scheduling for Darla

Print
Sometimes extenuating circumstances make it difficult to attend a service. Memorial webcasting gives family and friends the opportunity to view a service live, online, from anywhere.
Watch Webcast
Private Family Services will be held on Thursday, May 28, 2020 at Wight & Comes Funeral Chapel.

We encourage you to share your most beloved memories of Darla here, so that the family and other loved ones can always see it. You can upload cherished photographs, or share your favorite stories, and can even comment on those shared by others.

Chris and Lisa sent flowers to the family of Darla Anderson.
Show you care by sending flowers

Guaranteed hand delivery by a local florist
MY

Posted Jun 10, 2020 at 10:54am
Kenny and Family
So sorry for your great loss.
Years ago we were neighbors on the acreage.
Darla was always a kind and friendly person.
Thinking of you, The Yseth's
Comment Share
Share via:
CL

Chris and Lisa purchased flowers for the family of Darla Anderson. Send Flowers 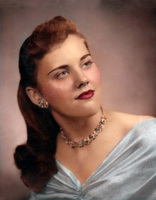 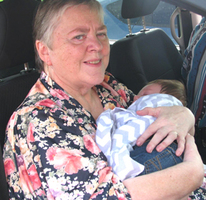