To share your memory on the wall of Donald Basye, sign in using one of the following options:

Provide comfort for the family of Donald Basye with a meaningful gesture of sympathy.

Celebration of Don's Life, funeral services will be 2:00 p.m., with visitation starting at 1:00 p.m., Saturday, July 13, 2019 at Watertown Christian Church, Watertown with Pastor Gerald Volk officiating. Nancy Maynard will be the pianist.

Donald Arthur Basye was born April 12, 1931 in Milwaukee, WI to Donald Sinclair and Christine Birgette (Hefte) Basye. The family moved to Arlington, SD when Don was very young. He grew up in Arlington and graduated from Arlington High School. Don also graduated from Dakota Bible College and after graduation he ministered in Kingsford, MI. On a revival Don met Joan Isabelle Fowler and the couple married September 2, 1955 in Cummings, KS.

Don enjoyed his career as a minister throughout the Midwest for over 40 years. After retiring from the ministry he became an over the road trucker for nearly 20 years, before retiring at the age of 81.

Don is survived by his four children, Douglas and Barbara both Watertown, Linda (Jon) Prosise of Columbia, TN and Daniel (Betsey) Basye of Watertown; six grandchildren; and one great-grandchild.

He is preceded in death by his parents; his wife; his sister, Twyla; and his daughter-in-law, Janet.

Don will be remembered for his passion for the Lord, the church and talking to others about God’s love!

Posted Jul 11, 2019 at 07:23pm
I am so sorry for your loss. It's tough when you lose a parent and even more so when you have lost them both. With love and sympathy.

Flowers were purchased for the family of Donald Basye. Send Flowers

Posted Jul 10, 2019 at 01:00pm
Please accept our most heartfelt sympathies for your loss... Our thoughts are with you and your family during this difficult time.

The FTD Comfort Planter was purchased for the family of Donald Basye. Send Flowers

Posted Jul 10, 2019 at 10:49am
I had the pleasure of knowing Don Basye while working for the Public Opinion. Don and i had a lot of conversations while waiting for our papers in the parking lot. He was a very knowledgeable and sincere gentleman. We had many conversations about our final destiny in life. He was an inspiration and breath of fresh air in our missions of life. Rest in peace dear friend and co-worker. See you on the other side. Your family is lucky to have such a great person in their lives! MARY HRITZ
Comment Share
Share via:

Posted Jul 09, 2019 at 10:54am
Tyler Basye (Don's eldest grandson and my fiance) and I were just having a conversation the other night about how he believes Grandma Joan really liked me. That she would be happy that we're finally to get married, and that maybe she saw a little of herself in me because according to Tyler, "she was a spitfire and so are you" (insert a big mischevious Basye grin here).

We lost Grandpa Don after some really tough months following a bad car accident. When we told him we were engaged, he told us not to wait to get married. I don't know if that's the Pastor in him, or if he knew 2020 would be a stretch.

We went through a similar experience with Grandma Joan nearly 2 years ago to the day.

I'm really sad to see them go. To lose their smiles, hugs, and loves they graciously gave me even when I wasn't "officially" part of the family. I'm thankful for the grandson they helped raise and created so many silly memories with. I'm looking forward to lots of hugs, sad smiles, and goofy stories with the Basye family this week. And I'm really proud to soon take the last name of some of the most genuine and God-fearing people I've ever met. 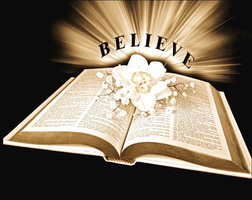 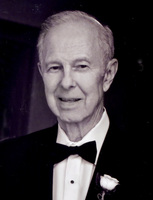 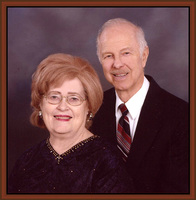