To share your memory on the wall of Donald Kuhlman, sign in using one of the following options:

Funeral services will be at 10:30 a.m., Monday, September 14, 2020 at St. Martin's Lutheran Church in Watertown with Pastor Paul Janke officiating. Karen Livingston will be the organist.

Burial will be in the Emmanuel Evangelical Lutheran Cemetery, Grover, SD.

Donald's services will be recorded and posted to the Wight & Comes Funeral Chapel website when available.

Donald Lee Kuhlman, 93, was born on April 21, 1927 to George and E. Esther (Barr) Kuhlman in Pelican Township, South Dakota. He passed away on September 8, 2020 at Prairie Lakes Health Care System.
Donald grew up on a farm east of Grover, SD in Pelican Township. He attended Pelican Country School #39 through the eighth grade. He then stayed home and worked on the farm with his father.

Donald was united in marriage to Lyndren Eileen (Johnson) Kuhlman at Thomas Methodist Church on September 10, 1950. The two were blessed with 67 happy years of marriage and four children.

Donald entered into the U.S. Army on September 28, 1951 and served in Germany during the Korean War. He was a Corporal in the 16th Infantry Regiment 1st Division U.S. Army. He was discharged September 9, 1953. After he served, Donald continued to farm and purchased the Owen Barr farm in 1954 where they raised their family. Donald farmed well into his old age.

Donald served on the Kampeska Township Board for 37 years. He also served on the Sioux Rural Water Board for many years. He loved traveling with Lyndren to visit family and friends across the States. He enjoyed going to town most mornings for breakfast and coffee with friends. Farming was his life, he liked to stay busy and tinker in his shop. Donald had a giving nature; he was always looking for ways to help his family and others. He helped many people get started with farming. He was a stern man with a good sense of humor. He loved farming and worked extremely hard his whole life. His warm greeting and big smile will be missed by many.

Donald was preceded in death by his parents George and Esther, wife Lyndren, daughter Debra, brothers Howard and Robert, and his best friend and army buddy Harold Patterson of Kentucky..
Read Less

Receive notifications about information and event scheduling for Donald

Flowers were purchased for the family of Donald Kuhlman. Send Flowers

Posted Sep 11, 2020 at 10:07am
Karl, Hannah and the rest of your family, my deepest condolences for the loss of Donald, He was a great man and that reflected on you Karl. With Love

Flowers were purchased for the family of Donald Kuhlman. Send Flowers 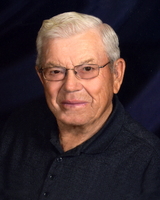 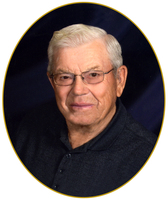