To share your memory on the wall of John Calvin, sign in using one of the following options:

Provide comfort for the family of John Calvin with a meaningful gesture of sympathy.

Visitation will be from 4-7 p.m., Frida... Read More
PLEASE NOTE DATE OF SERVICES: Funeral services for John Calvin will be at 10:30 a.m., Saturday, January 11, 2020 at Hosanna Lutheran Church in Watertown with Pastor Janine Rew-Werling officiating.

John Calvin was a hard-charging relentless business executive, advisor to four South Dakota governors, philanthropist and loyal friend. The Ringneck Pheasant first enticed him to South Dakota in 1962 and his love of the prairie continued throughout his life. His passion for hunting was matched by his love of boating on Lake Michigan.

The youngest son of Ben W. and Wanda M. (Cousins) Calvin, John was born on September 17, 1934 in Jackson, Michigan. The family soon moved to Bay City where he was raised. John graduated from the University of Michigan and began his career with the Martin-Marietta Corporation and later became president of Dyna Technology a company based in Sioux City, Iowa. In 1984 he purchased Palm Industries in Litchfield, Minnesota.

Gov George Mickelson invited John to move Angus Palm Industries to Watertown, South Dakota by offering the state’s first “REDI” fund loan 1987. Loyalty and integrity were his hallmark often telling employees “If you work hard for me, I’ll work hard for you.” His partnership with Lake Area Technical Institute grew during this time and continued throughout his life.

After selling Angus Palm in 1996 to his employees John created J. Scott Industries and concentrated on helping many businesses grow and find their home in South Dakota. His focus included serving governors as an economic advisor and ambassador.

John was currently serving on the Board of Directors of Prairie Lakes Healthcare. Other community involvement included Lake Area Technical Institute, Joy Ranch and the Boys and Girls Club.

He was awarded the Mayor’s Award for Generosity of Spirit and Distinguished Achievement, the Business and Economic Development Award and the Spirit of Watertown Award.

In May of 2019 John was honored to have Calvin Industrial Park in Watertown dedicated in recognition of his service to the city and state.

A lover of books and poetry John is best described as a “bulldozer who plants white roses.”
Read Less

All from the South Dakota Hall of Fame, Carol Short, and others have sent flowers to the family of John Calvin.
Show you care by sending flowers

All from the South Dakota Hall of Fame

Posted Jan 10, 2020 at 03:15pm
Our deepest sympathy and condolences are with the Calvin Family at this time

All from the South Dakota Hall of Fame purchased flowers for the family of John Calvin. Send Flowers

Posted Jan 02, 2020 at 01:21pm
Our deepest sympathies hearing of Johns Passing .
We will have his family in our prayers .
Doug and Laurie Hemmer
Comment Share
Share via:
TT

Posted Jan 02, 2020 at 12:13pm
To the entire Calvin family.
I spent time with John every week for over 4 years and had many fun conversations with him about everything from hunting, to his high school and college years and his family. I will truly miss his wisdom and his character.
Comment Share
Share via:
CB

Posted Dec 24, 2019 at 01:26pm
Prudy,
Donnie and I wish to express our deepest sympathy to you, John was so good to us when we moved from Litchfield to Watertown, he did so much good for so many people, it was our privilege to have worked for him, he will be missed by many, you and all his family are in our prayers at this very difficult time.
Colleen and Donnie Binsfeld
Comment Share
Share via: 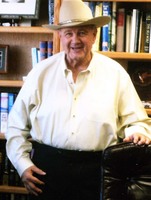 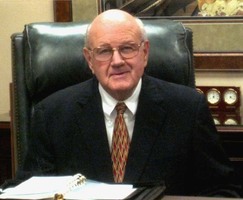