To share your memory on the wall of John Carter, Jr., sign in using one of the following options:

Provide comfort for the family by sending flowers or planting a tree in memory of John Carter, Jr.

Provide comfort for the family by sending flowers or planting a tree in memory of John Carter, Jr.

Print
Video of Pastor Carter's service is now available via St Martin's Church website at stmartinschurch.com and click on service video for Pastor John Carter. Or go to the Photos and Videos tab scroll down to webcasting.

As soon as the link ... Read More
Video of Pastor Carter's service is now available via St Martin's Church website at stmartinschurch.com and click on service video for Pastor John Carter. Or go to the Photos and Videos tab scroll down to webcasting.

As soon as the link is a available Wight & Comes will provide the link. Thank you for your understanding.***

Pastor John Carter Jr., age 62, of Watertown, SD, passed away after a battle with cancer on Tuesday, March 17, 2020 surrounded by his wife and children at Ava's House (hospice) in Sioux Falls, SD.

There will be a small private family service at St. Martin's Ev. Lutheran Church officiated by Rev. Paul Janke with plans for a public memorial service at a later date. Burial will follow at Mount Hope Cemetery in Watertown, SD.

John Cameron Carter, Jr. was born May 30, 1957 in Joliet, Illinois to John C. and Magdeline (Quade) Carter, Sr. He grew up in Lemont, Illinois where he attended grade school and graduated from high school in 1975. From there he attended Northwestern University in Evanston, Illinois for two years studying Radio & Television, and then transferred to Northwestern College in Watertown, Wisconsin earning a Bachelor of Arts degree. John was united in marriage with Lauran “Lori” Surdick on August 30, 1980 at Trinity Ev. Lutheran Church in Watertown, Wisconsin. John then attended Wisconsin Lutheran Seminary in Mequon, Wisconsin and graduated in 1986 with a Masters of Divinity.

John moved his family to Watertown, South Dakota in 1986 when he was assigned as associate pastor at St. Martin's Ev. Lutheran Church. He served the members of St. Martin's for his entire 33 ½ year ministry.
John was very active and loved spending time with his family, especially his three grandchildren! He enjoyed brewing beer with his sons and camping with his family and friends. John enjoyed woodworking, especially designing and building mission style furniture. He played guitar, banjo, and mandolin, and played in numerous bands throughout the years, most recently with the local band Relatively Painless. He loved making music with his daughter, Stephanie and his close friends. He also was an avid Chicago sports fan (but not the White Sox)!

He was preceded in death by his father, John C. Carter Sr. and his father-in-law John J. Surdick Sr.

Receive notifications about information and event scheduling for John

Andree Hayes, The Schlomers: Marion & Corrine, Stuart & Tiffany,, and other have sent flowers to the family of John Cameron Carter, Jr.
Show you care by sending flowers

Posted Apr 01, 2020 at 03:12pm
Dear Lori and family,
May the Lord comfort you, today and always, with the sure promise of eternal life in Jesus!
I hadn't heard John was ill until hearing a prayer for your family at the close of Bethel, Sioux Falls, service online last Sunday. My sincerest sympathy to you. I'll add my prayers to the many others asking the Lord to comfort and uphold you.
I always enjoyed playing bluegrass with John back at NWC, Sem, and a few times after. My favorite song he played on banjo was "Dear Old Dixie". He liked my version of "Blackberry Blossom" on mandolin. He was a great musician and friend.
God bless and comfort you in this new chapter of life. May he bless you in the future as he has in the past, until all our hopes are fulfilled in the great reunion to come at Christ's return.
Sharing your hope in our Savior,
Allen Lonnquist, WELS pastor at St. John's, Omro Twp. MN
P.S. Here's a link to a bluegrass gospel song I know John would have liked. It expresses our hope in Jesus well.
https://www.youtube.com/watch?v=icpDKdl0N3I

Posted Mar 22, 2020 at 10:00pm
Please know that you ALL are in my thoughts and prayers. My heart goes out to your family at this difficult time.

Posted Mar 22, 2020 at 11:07am
My deepest condolences to the entire Carter family. I know Pastor will be greatly missed. May you take comfort knowing that he is at home with our Heavenly Father.
-Roland Schwandt
Comment Share
Share via:
TT

Posted Mar 21, 2020 at 09:26pm
Keeping you in our prayers and remembering these words from Revelation-Be faithful, even to the point of death, and I will give you the crown of life.

Your Friends at Midco

Posted Mar 21, 2020 at 06:13pm
Please accept our most heartfelt sympathies for your loss... Our thoughts are with you and your family during this difficult time.

Your Friends at Midco purchased flowers and planted a memorial tree for the family of John Carter, Jr.. Send Flowers 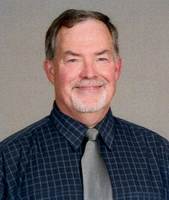 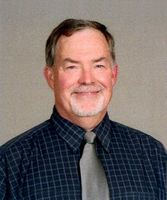 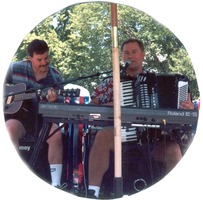