To share your memory on the wall of Lillian Rogness, sign in using one of the following options:

Print
Lillian M. Rogness, of Watertown, SD, passed away peacefully on November 8, 2019 at Jenkins Living Center. She was 89.

Mass of Christian Burial will be at 11:00 a.m. on Friday, November 15, 2019 at the Immaculate Conception Catholic Ch... Read More
Lillian M. Rogness, of Watertown, SD, passed away peacefully on November 8, 2019 at Jenkins Living Center. She was 89.

Mass of Christian Burial will be at 11:00 a.m. on Friday, November 15, 2019 at the Immaculate Conception Catholic Church in Watertown with Father Richard Fox officiating.

Visitation for family and friends will be from 5-7 p.m., with a scripture service at 7 p.m. and a rosary to follow on Thursday, November 14, 2019 at the Wight & Comes Funeral Chapel in Watertown.

Burial will be at St. Mary’s Cemetery in Watertown. A lunch reception will follow at Immaculate Conception Church.

Lillian Mae (Wegner) Rogness was born to Charles and Marcella Wegner on February 22, 1930 in Willow Lake, SD. She received her First Holy Communion and Confirmation at St. James Catholic Church in Willow Lake. She grew up on a farm and helped with the farm chores and canning fruits and vegetables. She graduated from Willow Lake High School in 1947. She attended General Beadle College, now Dakota State College in Madison, SD, receiving her teaching certificate. She taught country school (grades 1 – 8) for 3 years in Clark County.

She moved to Watertown in 1950. In 1953, Lillian married Elmer L. Rogness of Wilmot, SD. One of her fondest memories was the honeymoon that she and Elmer shared, traveling the country for 3 months, finding temporary employment along the way. They returned to Watertown where they lived, worked, and raised six children together.

Lillian worked at various local businesses, including Woolworth’s, Western Transportation, MidTex, the Watertown Public Opinion, and one year as a teacher’s aide. She spent 20 years working in the lunch program at Watertown High School, McKinley Elementary School, and Garfield Elementary School. She also dedicated many years to volunteer service for Immaculate Conception Catholic Church and School helping with CCD class preparation and serving as the Treasurer for the St. Louise Circle. She was also an active volunteer for Catholic Daughters of America, Watertown Library, Meals on Wheels, March of Dimes, and election duty.

In addition to volunteering, one of her favorite activities was to travel. Lillian and Elmer enjoyed traveling the country by car every summer. Lillian had the opportunity to visit Ireland later in life, which was special as Ireland is her ancestors’ homeland.

Lillian will be greatly missed by her large family, her many friends, and the church that she served for so many years.

The family would like to extend a special thank you to the Jenkins Living Center staff for their loving and supportive care for the past several years.
Read Less

Receive notifications about information and event scheduling for Lillian

We encourage you to share your most beloved memories of Lillian here, so that the family and other loved ones can always see it. You can upload cherished photographs, or share your favorite stories, and can even comment on those shared by others.

Posted Nov 14, 2019 at 06:53am
Curt, your mother lived a good and productive life. It's great that she and your dad got to travel and see so much of this country. Pat Butler 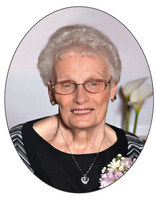 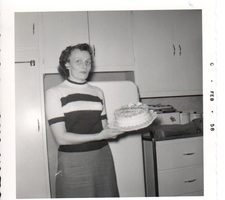