To share your memory on the wall of Odis Hoggarth, sign in using one of the following options:

Provide comfort for the family of Odis Hoggarth with a meaningful gesture of sympathy.

Burial will be at a later date at St. John’s Cemetery in Kensal, ND.

Honorary Pallbearers will be Odis’ grandchildren, and his beloved retriever, C.C.

Odis Raymond Hoggarth was born May 2, 1945 in Jamestown, North Dakota to Vern and Irene (Kramer) Hoggarth. He grew up in Kensal, North Dakota and attended Kensal High School. He married Karen Fredrickson in June 1966 in Kensal. The couple raised their three children, Kristie, Troy and Sara on the family farm and ranched near Kensal and Glenfield. In the early 1980’s Odis moved his family to South Dakota, and farmed near South Shore, then Waverly and finally near Rauville. He diligently continued to farm and ranch where he raised registered Quarter horses, milked cows, raised beef cattle, pigs, and a partridge in a pear tree (Ha Ha)!

Odis enjoyed a good cutting horse and had several favorites such as Cord and Pal. Odis inspired his children to show horses and cattle. He also encouraged them in the rodeo arena, which was very successful all in all. He enjoyed watching his kids in school sports and then carried on that tradition of his life by following his grandchildren’s activities.

Odis was employed at Hard Drive Construction in Minnesota and was a 49er Union member for ten years.
Odis was currently working for South View Dairy as a hired hand which he thoroughly enjoyed and was treated like family. The guys that shared his day to day adventures were Tom Tesch, Kelly Tesch and Mark Tesch, Paul Schwanke, James Hernandez, Rafael Perez and many others; as well as his friends from the Rooster and 212 Casino who he fondly harassed and laughed with and loved.

He was an avid Minnesota Twins fan and also enjoyed making little football wagers now and then.

He was preceded in death by his parents, Vern and Irene; nieces, Laura Fossum and Hailey Hoggarth; nephew Ron Hoggarth; and sister, Eloise Klose.

We encourage you to share your most beloved memories of Odis here, so that the family and other loved ones can always see it. You can upload cherished photographs, or share your favorite stories, and can even comment on those shared by others.

Posted Nov 02, 2019 at 10:55pm
Odis was a friend of mine from way back. I have fond memories and we had a few laughs along the way. He was what I called “one of the good old boys “. He will be missed. My thoughts and prayers go out to the family. Kristie I hope to see you soon so I can give you a great big hug! RIP Odis
Connie Fox
Comment Share
Share via:
RK

Flowers were purchased for the family of Odis Hoggarth. Send Flowers

Posted Oct 30, 2019 at 09:48pm
We saw Odis and his dog CC outside sitting in his garage quite a bit when we would walk our dog. He was always very friendly when we saw him. We will miss seeing him and his dog sitting outside
Comment Share
Share via: 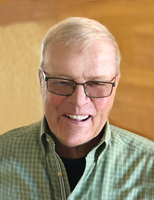 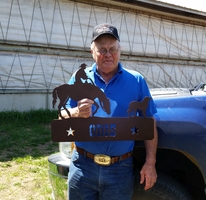 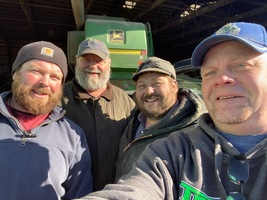