To share your memory on the wall of Olga Majusiak, sign in using one of the following options:

Print
“The amen of nature is always a flower” - Oliver Wendell Holmes
Olga Majusiak, 99, of Watertown, SD, passed away after a full, long life on March 5, 2020 at Jenkins Living Center.

A Mass of Christian Burial will be at 9:30 a.m... Read More
“The amen of nature is always a flower” - Oliver Wendell Holmes
Olga Majusiak, 99, of Watertown, SD, passed away after a full, long life on March 5, 2020 at Jenkins Living Center.

A Mass of Christian Burial will be at 9:30 a.m., Saturday, March 14, 2020 at the Immaculate Conception Catholic Church in Watertown.

Interment will be at St. Mary’s Cemetery, Watertown, SD.

Olga was a devout Catholic and took great comfort in her faith at the end of her life. She grew up in the Byzantine Church, where her father was a cantor, and her brother William ultimately became a Monsignor. Upon relocation to Watertown, she became an active member of Immaculate Conception Church and especially enjoyed the Quilting Group.

Olga Catherine (Levkulic) Majusiakwas born on December 10, 1920 in Hazleton, Pennsylvania, the daughter of George and Anna (Fadio) Levkulic. An elegant, friendly and professional businesswoman, she followed in the footsteps of her mother who owned a small grocery store in Hazleton, PA during the 1920s. Olga was well-known as the owner of Watertown Flowers for many years. In 1954, Olga and her husband Joe borrowed $2,000 and moved from Pennsylvania to South Dakota and opened Watertown Flowers in the old Kampeska Hotel. For over 65 years, Watertown Flowers became an important part of the business community in the city. Olga’s daughter, Marie, now owns and runs the family business.

Olga was inducted into the South Dakota Florist Hall of Fame in 1992 after many years of being distinguished as a Master Florist and holding numerous offices in the floral industry’s FTD organization. She traveled to many countries in her 50’s and 60’s as a representative of FTD with her sister, Mary, a florist in Hazleton, PA. Together they went to Africa, Asia, Australia, Europe and a special trip to Russia when its florist organization was accepted into FTD. She was also active for over 30 years in the local chapter of BPW (Business and Professional Women) and held all of its offices throughout that time.

These were no small feats, considering the fact that during this time she also raised and devoted herself to her large family. Her children have many fond and funny memories of “growing up” at the flower shop, and all helped with various jobs in the family business after school: meeting the bus and unpacking flowers at night, sweeping the floor and dusting the displays, working late nights during the holidays, delivering flowers around town, answering the phone and helping customers with orders.

Olga was a warm and loving mother and grandmother. Her children remember her always being there for a bit of advice, a shoulder to lean or cry on. She was most happy holding a baby in her arms and playing on the floor with her grandchildren. She had a light and joyful spirit. Her children inherited her gift of easy laughter.

In her later life, Olga became a quiltmaker and she pieced and sewed close to 100 quilts, wall-hangings, and table-runners which her children and grandchildren treasure. Her favorite quilt she made was one called “Year in the Meadow” that she kept on her bed. She also had a great appreciation for classical music which brought her immeasurable joy and comfort when arthritis forced her to give up quilting. Olga had an extensive collection of CD’s and looked forward to attending performances of the SD Symphony.

She was preceded in death by her husband, Joseph Majusiak, and four of her children: Martha Ann, Joseph Jr., Linda (Kevin Kelley), and James (Rachel Klapper).

Her life and legacy can be summed up in these words: Our lives are like quilts, bits and pieces, joys and sorrows, stitched with love. (author unknown)
Read Less

Receive notifications about information and event scheduling for Olga

We encourage you to share your most beloved memories of Olga here, so that the family and other loved ones can always see it. You can upload cherished photographs, or share your favorite stories, and can even comment on those shared by others.

Posted Apr 06, 2020 at 08:36pm
So sorry for the loss of your mom. She was a very talented lady. Jan Thorson Larson
Comment Share
Share via:
LK

Posted Mar 10, 2020 at 01:21pm
Jerry, Laura, & family,
Your Mom was an astute businesswoman, interesting to visit with, & always came up with something beautiful that was
'just right' when you went to the flower shop. I'm glad it remains a family business with your sister. May your Mom rest in peace & heaven's joy. Your family has my sympathy & prayers.
Laurie Koehn
Comment Share
Share via:
MH

Posted Mar 05, 2020 at 09:57pm
Can you imagine raising all those magnificent children while running a flower shop full time for all those years? Olga was a pioneer and a warrior. She's earned her rest now. 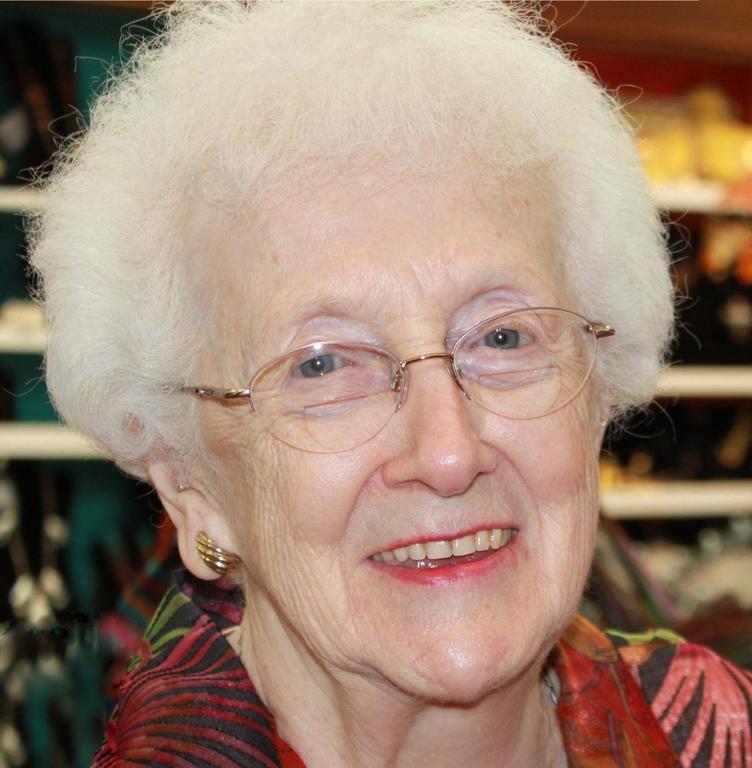 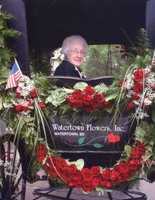 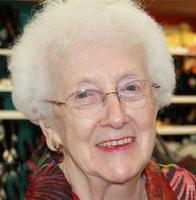