To share your memory on the wall of Rita Marotz, sign in using one of the following options:

There will be no services.

Rita Clare Marotz, daughter of Lloyd and Mary (Martin) Cypher was born on October 17, 1952 in Garretson, SD. She grew up in the Grover area surrounded by 11 siblings. She attended school in Hazel, SD and graduated from Harmony Hill in Watertown in 1970.

On July 25, 1970 Rita married Charles W. Marotz in St. Henry's Catholic Church in Henry. The couple made their home in Watertown and Rita worked at Spies Super Value grocery store for many years. She then attended LATI where she graduated with an Associates degree in Office Systems Technology in the fall of 1994. She ultimately nestled into the healthcare field and was employed at the Human Service Agency until the time of her passing.

Over the years, Rita enjoyed participating in women's softball and bowling and she especially enjoyed spending time with her family.

She was preceded in death by her parents, Lloyd and Mary Cypher; and her brother, Patrick Cypher.
Read Less

Receive notifications about information and event scheduling for Rita

Print
There will be no services.

We encourage you to share your most beloved memories of Rita here, so that the family and other loved ones can always see it. You can upload cherished photographs, or share your favorite stories, and can even comment on those shared by others.

Posted Dec 15, 2019 at 10:41am
Our sincere condolences to you, Charlie and family, and the Cypher family. Although alzheimer's is stealing Marcia away, she and I have fond and fun memories of Rita. RIP Rita. Marcia & Tim Beaudry
Comment Share
Share via:
AH

So sorry to hear of Rita's passing. She was my best friend at Harmony Hill High School, as well as Marcia. The three of us had so many fun times together those few short years. Rita was hoot! I don't think I have ever laughed as much in my life as when we were together. To this day I think about our times together and laugh. May she Rest In Peace. ANNE HARTMAN
Comment Share
Share via:
BR

Posted Dec 12, 2019 at 09:06pm
Many prayers for Rita’s family. I had only met her a few times but she was always so very kind. We hope you find peace and healing in the days ahead.
Jeff, Beth and Gracie Rich (Marys’s family)
Comment Share
Share via:
P

Posted Dec 12, 2019 at 06:11pm
Charlie and family; I was sad to hear of Rita’s passing. I remember her as a cheerful person. My sympathies to you. I hope you hold on to the happy memories.
Paula Davis
Comment Share
Share via:
DC

Posted Dec 12, 2019 at 03:30pm
So sorry to hear of Rita's passing! I played softball with her, what a card! I had a chevy camaro back in the day and we were at Pierre for a softball tournament. We were all getting ready and she wanted to run to the store so she asked me if she could barrow my car. I said sure just be careful with it. All of a sudden we could hear the tires squealing down the parking lot! I was kind of mad at her but we all laugh when she got back! I can hear her laughing!
Comment Share
Share via: 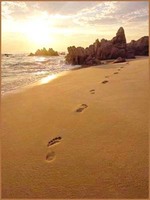 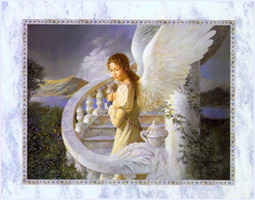