To share your memory on the wall of Roger Bailly, sign in using one of the following options:

Funeral services will be 11:00 am, Saturday, September 26, 2020 at Lutheran Church of Our Redeemer in Watertown with Pastor Dan Ofstehage officiating. Ser... Read More
Roger Bailly, age 84, passed away on Sunday, September 20, 2020 in Watertown, SD.

Funeral services will be 11:00 am, Saturday, September 26, 2020 at Lutheran Church of Our Redeemer in Watertown with Pastor Dan Ofstehage officiating. Services will be recorded and added to the online obituary for Roger.

Visitation will be 4-7:00 pm, Friday, September 25, 2020 at Wight & Comes Funeral Chapel in Watertown.
Interment will be at Mt. Hope Cemetery.

Honorary pallbearers are the Winnebago Club and the Snowmobile Club.

Roger Frederick Bailly was born August 1, 1936 to Frederick J. and Ruth P. (Orris) Bailly in Watertown, South Dakota. He grew up in the Florence and Watertown area, attended Watertown High School and graduated in 1954. Roger was employed at Barkley Truck Line and Wilson Trucking for many years. He also worked for Boeing in Washington for some time.

The couple loved to winter in Arizona, Texas and Oklahoma. Roger also enjoyed motorcycling, traveling in their RV, fishing, snowmobiling and his cars and pickups.

Roger was preceded in death by his parents; his wife, Charlotte, who passed away June 16, 2018; his sister, Laura Nelson; two nephews, Joe Bailly and Pat Nelson.
Read Less

Receive notifications about information and event scheduling for Roger

Posted Sep 25, 2020 at 05:51pm
Our condolences to Roger's remaining family members. It was such a pleasure to work with him in his position with Northern Border Pipeline up until my retirement in 2001. Harold and Karolyn Anderson ( formerly of Volga, now Sioux Falls.)
Comment Share
Share via:
TB

Posted Sep 25, 2020 at 10:41am
Roger will be missed. I hope the trails are groomed and he has good snow. Many good memories sledding with him.
Comment Share
Share via:
PC 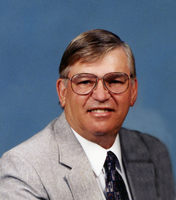 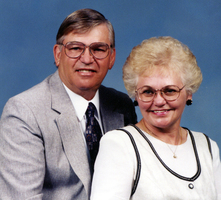 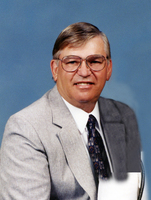