To share your memory on the wall of Roxanne "Roxie" Small, sign in using one of the following options:

Provide comfort for the family of Roxanne "Roxie" Small with a meaningful gesture of sympathy.

Memorial services will be 1:30 p.m., with visitation one hour prior to the service, on Monday, July 29, 2019 at Heritage Funeral Home, 4800 S. Minnesota Ave., in Sioux Falls. Pastor James Claggett will officiate.

Roxie was born August 2, 1953 to Galen Junso and Sharlene (Sims) Yrjanson in Watertown, South Dakota. Following her graduation from Watertown High School, Roxie worked at Tempo, where she met Norman Haan. Norm and Roxie were married and had one daughter, Nichole. Roxanne later worked for Interstate Publishing, Jurgens Printing and also for Sodexo.

Roxie enjoyed all animals - especially dogs, refinishing furniture and working in the yard with her flowers.

She was preceded in death by her husband, Larry Small; her parents, Galen Junso and Sharlene Yrjanson; and stepfather Willard Yrjanson.
Read Less

We encourage you to share your most beloved memories of Roxanne "Roxie" Small here, so that the family and other loved ones can always see it. You can upload cherished photographs, or share your favorite stories, and can even comment on those shared by others.

Posted Jul 29, 2019 at 11:37am
Sorry to hear about Roxy she was a good friend and a good person she will be missed 💔 by all. I worked with her for years at lnterstate pub. Your family are in our prayers 🙏 Gary and Marie Suman Watertown
Comment Share
Share via:
GR

Posted Jul 29, 2019 at 08:41am
Sorry to hear of Roxie's passing. I knew Sherri and Roxie when I was young and remember Roxie as kind and fun to be around. She always looked out for Sherri and I. I hope you all have wonderful memories of her to reflect back on during this time. I am sorry that she passed so young. Sending lots of prayer your way....Gay Redlinger
Comment Share
Share via:
TB

Posted Jul 28, 2019 at 03:47pm
Please accept our most heartfelt sympathies for your loss... Our thoughts are with you and your family during this difficult time.

Posted Jul 27, 2019 at 12:42pm
Sending prayers Roxie was a wonderful lady, fun to visit with, was a resident at Cedar View when I worked their. Always had a smile and kind words to pass on. May she rest in peace
Comment Share
Share via: 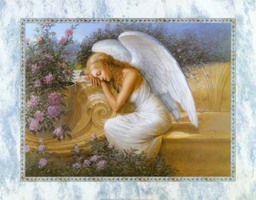