To share your memory on the wall of Shari Spurrell, sign in using one of the following options:

Provide comfort for the family of Shari Spurrell with a meaningful gesture of sympathy.

Print
Shari Jo Spurrell, 63, of Watertown, passed away on Wednesday, January 8, 2020 at her residence.

Funeral services will be at 10:30 a.m., Saturday, January 11, 2020 at the First United Methodist Church in Watertown.

Visitati... Read More
Shari Jo Spurrell, 63, of Watertown, passed away on Wednesday, January 8, 2020 at her residence.

Funeral services will be at 10:30 a.m., Saturday, January 11, 2020 at the First United Methodist Church in Watertown.

Shari Jo Spurrell was born on July 18, 1956 to James and Jeannette Reed. She graduated from Watertown High School in 1973 and got her LPN license from Lake Area Tech in 1975 and received her RN from Dakota Wesleyan in 1979. After high school she worked briefly at Jenkins Nursing Home. After she received her RN license she was employed at Memorial Hospital and worked as a floor nurse, charge nurse, ER nurse, ICU nurse and as a surgical nurse. After Memorial hospital she went to work at Prairie Lakes Hospital and after a number of years there went to work at Bartron Clinic in Watertown as an RN for a doctor there. A number of years later she retired from nursing due to her health and spent her remaining time on Angel Ridge Farm.

Shari deeply enjoyed her time with her family, her children, grandchildren and all her extended family. She was always willing to help anyone with anything they needed upon asking. Nothing was beyond her imagination. She was a highly skilled seamstress and was often found working on a piece of fabric, turning it into a masterpiece. Shari enjoyed all the animals on Angel Ridge Farm and was always working with them in some way or another. She loved her dogs, they were just like family to her and whatever cat she had at the time that she rescued from outside. She especially loved working with the sheep and lambs that came at the beginning of each year. Each season, it was a guarantee that she had rescued a stray lamb or two and brought them into the house for reviving, love and healing hands.

On August 24, 1973 Shari married Dale Spurrell in Watertown. In October of 1974 they welcomed their son, James. They built their life on the farm in 1982 and in 1985 their daughter, Sally joined their lives.

She was preceded in death by her father, James Reed, her grandparents, Bob and Jo Reed and her very special friend, Vickie Stenberg.
Read Less

We encourage you to share your most beloved memories of Shari here, so that the family and other loved ones can always see it. You can upload cherished photographs, or share your favorite stories, and can even comment on those shared by others.

Tom and Jody Cordell sent flowers to the family of Shari Jo Spurrell.
Show you care by sending flowers

Posted Jan 11, 2020 at 06:47pm
My condolences to Dale, Jim, Sally, Jeanette and families. Shari was my friend in high school and although we drifted apart as high schoolers do through the years every time I saw her I was greeted with that quick smile and the years melted away as we caught up on life. Shari was always excited about the next new thing she was about to venture into no matter if it was job related or adding onto her family...she up for every new adventure. I feel as if the world is a little less warm and friendly---the light has dimmed a bit with Shari's passing.
Comment Share
Share via:
BN

Posted Jan 10, 2020 at 08:12pm
We are so sad with the passing of Shari. Every year we went to Yogi for our family gathering. Shari came and shared her laughter and her sense of humor. She and Dan never failed to get in trouble. We loved hanging with her and the whole family. Shari was a big ball of smiles! We'll miss her.
Comment Share
Share via:

Posted Jan 10, 2020 at 08:51am
Shari and I were friends and neighbors starting in middle school. Just thinking of her beautiful smile and bubbly personality makes me smile. Our families went camping together, I stood up for her at your wedding and she wrote to me when I was in the Army. Such good memories. May God bless you all.
Comment Share
Share via: 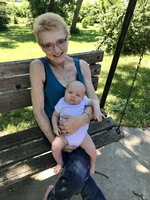 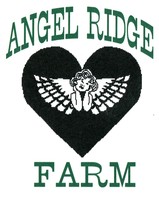 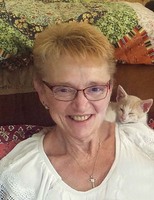