To share your memory on the wall of Shirley Rasmussen, sign in using one of the following options:

Print
Shirley A. Rasmussen, 84, of Watertown, SD, passed away on Thursday, September 24, 2020 at Jenkins Living Center.

Public Memorial services will be held at 2:00 p.m., Tuesday, October 6, 2020 at the First United Methodist Church in Watert... Read More
Shirley A. Rasmussen, 84, of Watertown, SD, passed away on Thursday, September 24, 2020 at Jenkins Living Center.

A private family burial will be at Mount Hope Cemetery, Watertown, SD.

Shirley Ann Rasmussen, daughter of Marvin and Elva (Anderson) Fedt was born on July 2, 1936 in rural Hayti, SD. Shirley grew up on the family farm near Bryant where she attended school and graduated from Bryant High School in 1954.

On October 13, 1957 she married Dale Rasmussen at the Garfield Lutheran Church in Hamlin County. They lived in Watertown and five children were born to this union. Shirley was a homemaker, worked at the First National Bank in Watertown and did babysitting at her home for several years. In 1975, she began working at Taco Johns until she retired in 2003. Shirley was affectionately known as Granny Taco. She then did volunteer work at Prairie Lakes Hospital.

She was a member of the First United Methodist Church, a monthly birthday club and a Bible study group. Her husband, Dale passed away in 1988.

Shirley enjoyed going to rummage sales, going for walks, dressing up for Halloween and spending time at the river. Shirley would also be seen around town in her red Volkswagen bug.

She was preceded in death by her husband Dale; her parents; her step mother, Hertha; one sister and brother-in-law, Rozella and LeRoy Noem; brother-in-law and sister-in-law, Gene and Carol Rasmussen; and two brothers-in-law, Vernon Rasmussen and William Herman.

Bob Snell and Family sent flowers to the family of Shirley Ann Rasmussen.
Show you care by sending flowers

Posted Oct 15, 2020 at 12:29pm
Leah, Dawn, & Family, After moving to SD as a child with no relatives in the area I found a sense of family and friendship in our neighbors. I remember swinging on your swings together, playing in the toy room, riding skateboards down the front sidewalk... and the warm spirit felt throughout your home. Shirley was such a positive influence as a mother, and will live on in each of you and your children. Blessings in your future. - Julie (Gibson) Lindemann
Comment Share
Share via:
D

Posted Oct 08, 2020 at 12:25pm
It is with both a blessing and great sadness that our Happy hour birthday club member has left us. We all had such a good time getting together the first Monday of each month to celebrate a birthday gal. We have missed Shirley for the past few years. It is unknown now if the club will ever get back together. I share your grief at this time. Take care Debbie Lukonen
Comment Share
Share via:
BF

Posted Oct 01, 2020 at 11:51am
My deepest condolences to Shirley's family.
I have known Shirley my whole life. She always greeted me with a smile and was ready to chat. She would tell me about her children and grandchildren and that her family was doing well. I haven't been around South Dakota in the last 40+ years much but when I was back I'd go to Taco John's and there was Shirley same bright spirit I became accustomed to meeting over the decades. She was a Blessed soul.
Comment Share
Share via: 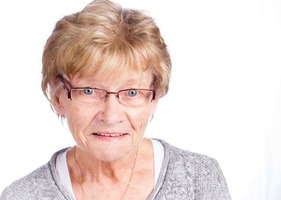